New Year’s Resolution: To Not Be Like Mrs. Thistlewaite 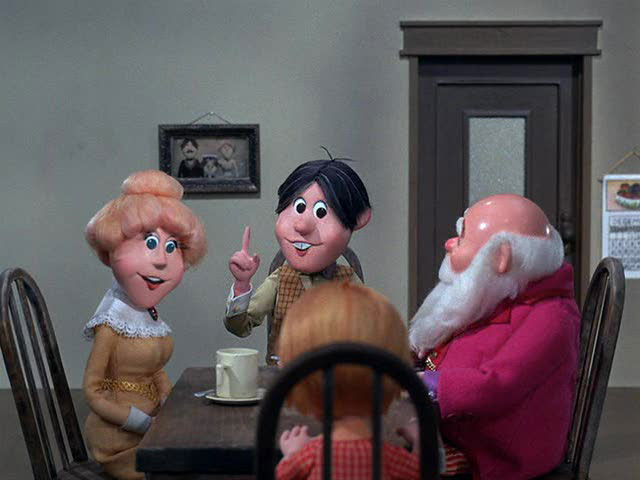 Get out, Iggy. Get out while you still can.

It’s important to be aware of our surroundings and not look like a jackass. This Christmas, my children and I watched several holiday classics, including “It’s A Wonderful Life,” “A Charlie Brown Christmas,” “The Grinch Who Stole Christmas,” “Mr. Magoo’s Christmas Carol,” and “Die Hard.”

But there was a point in the nearly three weeks they had off from California public schools that their eyes got glassy with too much screen time. This was my failure as a single parent. They began walking into things, talking about Minecraft at the dinner table, and asking to watch anything in order to keep watching television. 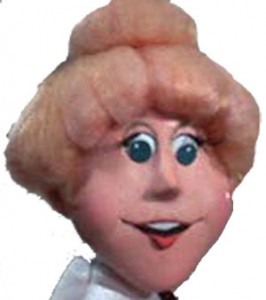 Thus we screened the 1974 Rankin/Bass abomination “The Year Without Santa Claus.”

Santa (voiced by Mickey Rooney) is sick and tired. He decides to cancel Christmas because no one has any Christmas Spirit. In a retelling of the Sodom And Gomorrah tale, Mrs. Claus tries to find one place where people still have Christmas Spirit. She sends elves Jingle And Jangle to Southtown, USA on the back of the reindeer Vixen, who is immediately struck down with ague due to the heat.

Mrs. Claus should know better. Instead of going behind her husband’s back by sending two elves — one of whom is clearly learning disabled — to second-guess their boss, nearly killing a reindeer in the process (and where was Rudolph? Like the Three Wise Men, Rudolph the Red-Nosed Reindeer is conveniently absent from all but one Christmas story), she should have simply reminded her husband of his goddamn obligation.

“Get out of fucking bed,” she should have said.

A close watch of the movie reveals that nothing in it needed to happen, least of all the terrifying visit with Snow Miser, which foreshadowed Peter O’Toole’s portrayal of Tiberius in “Caligula” by a full five years.

Finally, Santa has to come to Southtown to bail everyone out. There he meets young Iggy Thistlewaite, who asks his father if he believes in Santa Claus. His father does. End of movie?

Nope. They still have to sing a song.

It was during this song that I had a teaching moment with my children.

“Look at the mom,” my daughter said. “She isn’t contributing anything. Doy.”

Indeed, Mrs. Thistlewaite just wears that blank expression on her face throughout the song.

“This is how you look when you come back from playing on the iPad all day,” I told them.

From conception onward, parents want their children to be viable embryos. This extends to needing them to make eye contact, finish their homework, learn to button, and not use “your” when they mean “you’re.” It means not looking like Mrs. Thistlewaite, blinking at the Sun like an idiot.

“Let’s not be like Mrs. Thistlewaite next year,” I said, “just waiting for something to happen.”

“Let’s not be like Mrs. Thistlewaite, Everyone,” my son said.