Hewn out of the camphorous scrubland north of the San Joaquin Hills, the City of Irvine, California was
incorporated under the punishing sun in 1971. Eight years later, Pink Floyd released “Comfortably Numb” from “The Wall.” 27 years after that, I attended a Scorpions concert at Fivepoint Amphitheatre and watched one version of opening band Queensryche play its 1990 hit “Silent Lucidity.” 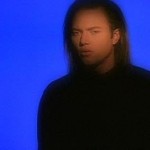 “Silent Lucidity” would be such a great song if “Comfortably Numb” didn’t already exist and I didn’t understand English.

“Why do you pronounce ‘chance’ like that if you’re from effing Tacoma, Washington?” wail the moppets, being scared to death by the Babadook-like Tate, mostly in shadow because the rest, apparently, was burned off.

What is “Silent Lucidity” about? Well, it opens inauspiciously:

Thanks for negating my feelings, Queensryche. What if I need to cry? What if it’s part of my grieving process? And while we’re here, may I leave teardrops on other parts of my body if I get rid of this one on my eye for you? Really? Thanks, Queensryche.

Apparently I’ve had a bad dream that someone close to me died. In the video, a lonely baseball falls to the grass. Maybe I dreamed that my dad died??

Was it necessary to spell that out, Queensryche? Would I have cried if someone close to me had left the game (of Monopoly)?

Regardless, the Men of Queensryche (because they adopt a “We” later in the song) are here to teach me that I can avoid getting bummed out by my dreams if I engage in Queensrychian dream control, a topic for the worst TEDx event ever.

So here it is, another chance
Wide awake you face the day
Your dream is over
Or has it just begun?

Here is where one expects Roger Waters and David Gilmour to have sent Queensryche to The Great Gig in the Sky, as the cascading guitar and string pattern mirror everything from “Comfortably Numb” to “The Final Cut” to “Learning To Fly,” but I guess it never happened. Maybe because Pink Floyd was two competing groups by that time, as Queensryche (itselves) would be when Tate left the band? Or maybe Pink Floyd thought Kansas would do the dirty work, as “Silent Lucidity” also kinda sounds like “Dust in the Wind”?

Nevertheless, I thought the 50-year-old ladies swaying in front of me in Irvine were going to take their tops off when this song started.

The narrator tells me that in my dream state, I can do whatever I want, which is a little like telling me that there is a place called a supermarket where I can buy eggs and bread. Well duh, Queensryche.

Commanding in another world
Suddenly, you hear and see
This magic new dimension

But here’s where it gets weird and we wonder who Queensryche actually are.

We’ll be watching over you
I am gonna help you see it through
We’ll protect you in the night
I am smiling next to you, in silent lucidity

Are you, collectively, my dead father, Queensryche? Why do I need you to control my lucid dreaming? Are you like how some people still have AOL and think that that is the only way to get on the internet?

And your smiling next to me, while I’m sleeping, is of grave concern to me, Queensryche. It’s creepy, is what it is. Some grinning idiot telling me to relax.

As much as Queensryche owes to Pink Floyd for this song, it owes an even greater debt to “Beth” by Kiss. Similarly a tender ballad by a band not known for tender ballads, “Beth” was, for Kiss, its highest-charting song, just as “Silent Lucidity” was for the Men of Queensryche.

At the concert, new Queensryche singer Todd La Torre executed the song flawlessly, and was nothing but gracious and professional. He kept referring to the band’s “catalogue,” as befits someone who’d joined the group three decades in.

But the question remains: Did my mind trick me to feel pain, or should I actually feel pain because someone died? Why is someone telling me to hug them at the same time they’re telling me that my feelings aren’t valid?

Also, you’ve had 30 years to get rid of that umlaut over the Y. That’s just dumb.

That said, “Silent Lucidity” was a huge hit, and people around the world know it. If I had an ounce of entrepreneurial sense I’d rip off “Yellow Submarine” and write some dumb lyrics about aromatherapy.