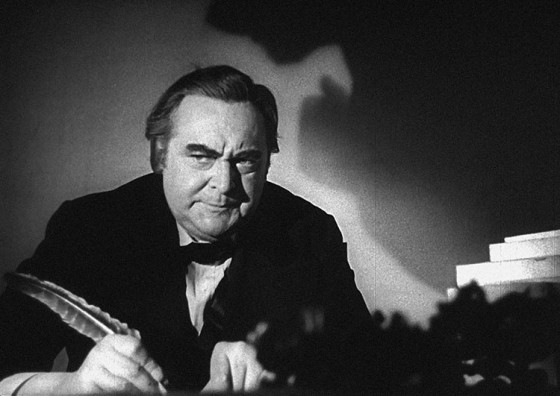 Like a gleeful swarm of gnats flying into my mouth, incredulous people often accost me on the street, at truck stops, and in my hyperbaric chamber wondering how I have achieved this great age while still looking like an extra-muscley fetus. The answer is simple: PCP-laced floss and the following ten Activities of Daily Living that will turn you into a superannuated winner, too.

1. There is no wrong that can’t be undone with a heartfelt “I’m just saying.” 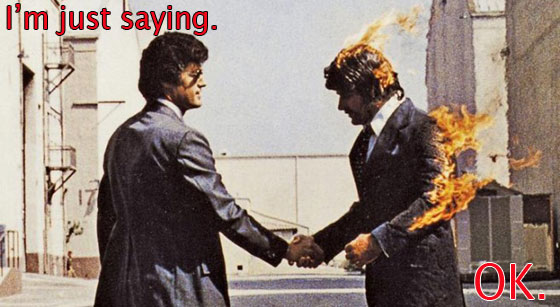 We are all groovy, sensitive people with lots of time on our hands. And there are few things that put a crimp in our day more than being opportunistically offended by things other people say, do, or write. Those Big Feelings can sometimes well up at inconvenient times, like during conversations, at meals, in the daytime, or at night. That is why I am always quick to respond “I’m just saying” whenever I supertramp all over someone’s delicate sensibilities.

“You hurt my feelings when you said I was a slipshod police officer/nun/jihadist.”

“You dealt with that litter of puppies and those scouts insensitively.”

Sometimes, in formal situations like in the Court of the Sun King or the Crimson King, I’ll gamely unspool the extra-pretty “I am sorry that you chose to be offended by what I said, did, or wrote, but I’m just saying,” and then everyone says that it’s OK.

I have lost weight and gained muscle by exclusively eating steel-cut oatmeal, chicken-fried steak, and vine-ripened culottes. Just this morning, my metapsychourologist (Debbie) gave me the go-ahead to expand my diet to jaguar-fried donkey, donkey-punched prunes, and consciously-breaded shark mouth.

4. Remember that the correct response to any question dealing with depth is “Balls Deep.” 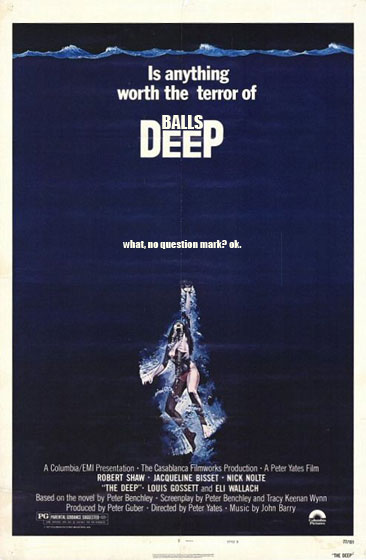 Q. How deep is your love, Bee-Jay Geils?
A. Balls Deep.

Q. State your level of understanding of HTML 5, Common Core standards, and microdermabrasion.
A. Balls Deep.

Q. How tough are Dodge trucks?
A. Balls Deep.

5. Understand that the 2-Second Rule does not apply to food dropped behind the toilet. 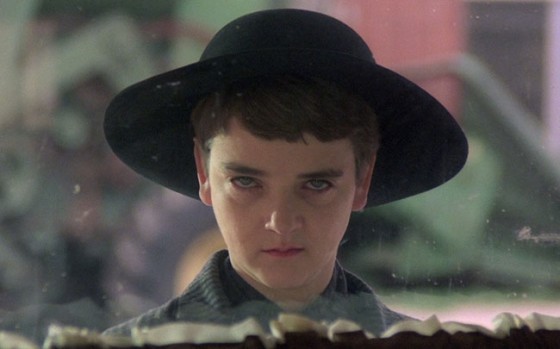 Like you, I have often wondered why corn is the only cob-based food. “Why is this excellent delivery system exclusive to something I can’t even digest?” I ask everyone I meet. “I’m just saying.” Sadly, this year my lab burned down, destroying my promising research on cob-mounted gum, milk, and salmon. I had also developed a pretty satisfactory pork nog but its taste was “too outrageous and provocative.” — New England Journal of Medicine.

My goal this year is to successfully grow a herd of bison-on-the-cob in time for the release of Fleetwood Mac’s “Husk.”

7. Try not to start sentences with “Well, actually.” 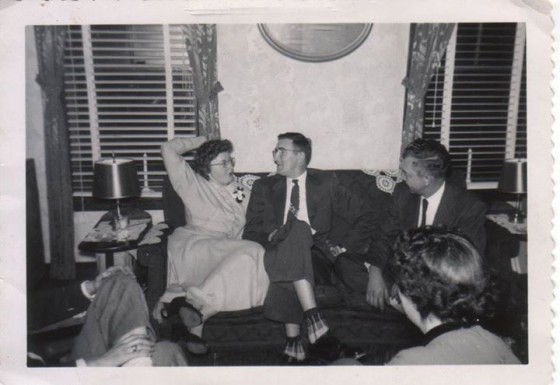 You and I are at a party and you are telling me something about the migration of birds which is not only factually incorrect but also It’s Not That Kind of Party. Rather than politely excusing myself to find a suitable length of rope, I respond with, “Well, actually, birds can’t fly through sand” or some other peer-reviewed datum I have at my disposal. Apparently I have done something wrong. This opening, as former girlfriends’ therapists have told them to say to me, “shuts [people] down” and, according to First Amendment attorneys, “imposes Prior Restraint on protected speech.” You are a special flower and I will never, ever disagree with you.

The Roman Catholic Church, which is the world’s longest-lasting and one of its most profitable corporations, established an office called the Advocatus Diaboli in the 16th century to find flaws in the canonization process by questioning the saintliness of a candidate for beatification. The arguments usually went like this:

Advocatus Diaboli: That’s not what I heard.

The role of the Devil’s Advocate was watered down by Pope John Paul II, resulting in everybody from Shadowfax, Gandalf’s horse to the chair I’m sitting on to be sainted.

What the Pope was saying was that one should never insert conflict into a relationship by taking an opposing view or suggesting that there might be a third option to a paradigm presented as Yes or No, because that’s just Buddhist.

You: I am going to quit my job and make hats.

Me: Well — Devil’s Advocate! — you neither wear nor know how to make hats.

You: Jesus, Mary, and St. Chair! You’re not my father!

9. Endeavor to learn something new every day. 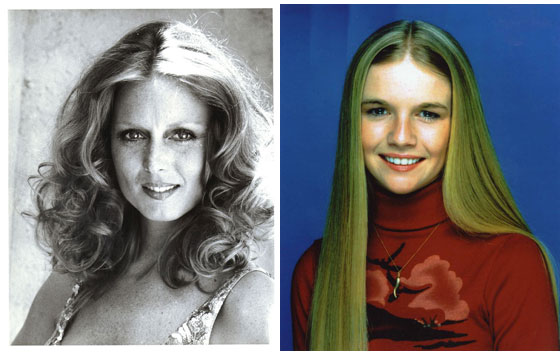 For example, in various sequels to Sherwood Schwartz’s “Gilligan’s Island” and “The Brady Bunch,” both Tina Louise (Ginger) and Eve Plumb (Jan) opted out, to be replaced by Judith Baldwin (left) and Geri Reischl. The last time I learned something so profoundly moving was the 1975 Dick York/Dick Sargent Revelation, which was like a Dave Bowman Into the Infinite Starchild moment for 6-year-old me. I’ve learned less-sIgnificant things in the interim, like how to drive, speak Latin, and match socks.

10. Sometimes speaking truth to power is as easy as reposting memes with your corrections.

I’m a huge fan of the liberal agenda when it’s economical. 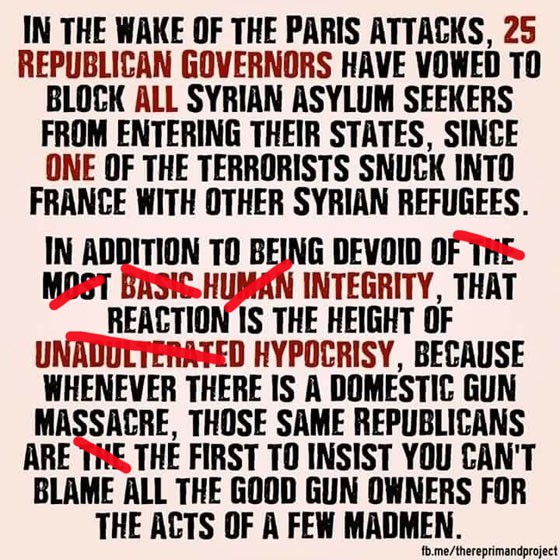 Your entire life is too short for overworded memes. 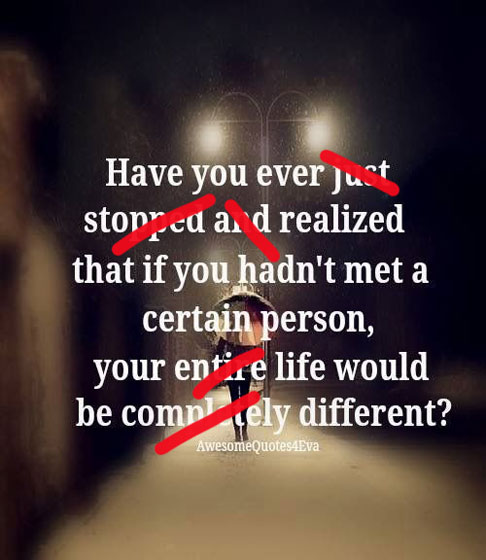 The real Christmas miracle is that he spelled “you’re” correctly. 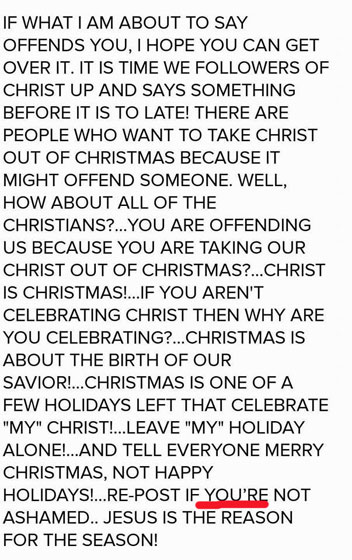 My dog isn’t precious about his pronoun. 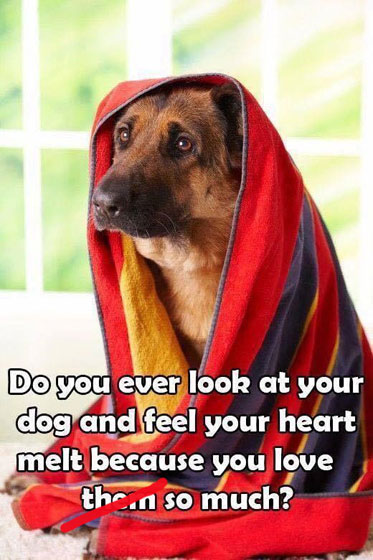 Who care’s how strong my wings are? “Ooh, look at that lonely person with the jacked-up wings.” 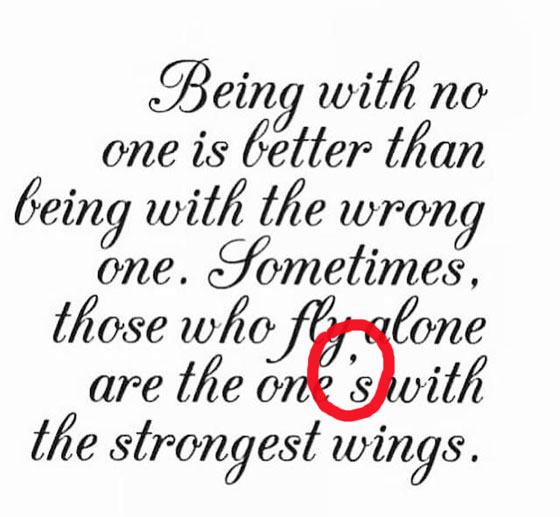 Finally, check your existing profile picture before superimposing the French flag on it. 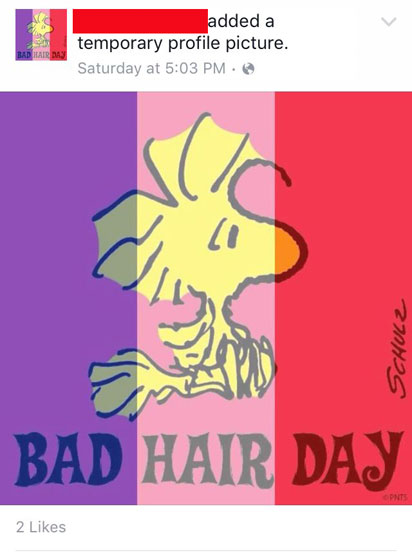 Follow these rules and you’ll be living to 46 in no time (unless you’re Piltdown Man, in which case: Mourn ya ’til I join ya, homes).

Previously on MartyBarrett.com: How I Lived To Be 45