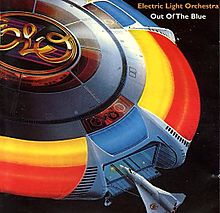 What better way to start the year than “Mr. Blue Sky”?

For many of us, today is the first working day of 2014. It is known as Blue Monday. Aside from an Epiphany or two, there are no excuses left, and now it’s straight on until Martin Luther King Day. Have you been wearing your bathrobe since the Solstice? Do you smell like cheese? Have you finally run out of the heavy whipping cream that you intentionally bought too much of for holiday desserts but until this morning were using in your coffee instead?

Time to shave and go to work. You too, fellas. 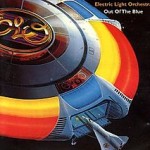 “Mr. Blue Sky,” Jeff Lynne says, was written after a dry spell in the Swiss Alps when the Sun finally came up over the mountains. An epiphanous moment after which he wrote a bunch of new songs. Yet this song is so much more than just a hopeful one. For the Sun to be up it had to be down.

Not only that, but Lynne thinks he may be to blame for the Sun’s absence (“Where did we go wrong?”)

Lynne and the villagers seem to have a complicated relationship with Mr. Blue Sky, who is like a fickle, doomed god. They celebrate in the streets. They treat him like a newborn baby. While everyone smiles at his beneficence, though, here comes Mr. Night, clamping a cold hand on his shoulder.

It’s the Circle of Life, Horus and Set, and Frosty the Snowman. Lynne, watching Mr. Blue Sky get snuffed out — murdered — assures the Sun that he will be remembered.

The Electric Light Orchestra was never a Tiger Beat band. There were no Jeff Lynne posters on teen girls’ walls. Like Mark Knopfler of Dire Straits and Tom Scholz of Boston, Lynne is a technical wizard, a hitmaker, probably a genius, but — not a beloved entertainer.

When “Mr. Blue Sky” came out in 1977, ELO was at the peak of its success. The band — fueled entirely by Lynne’s compositions — would eventually sell 50 million albums worldwide. But bushybearded, bespectacled Lynne never got a guest star spot on “CHiPs” the way heartthrob Ralph Malph did. 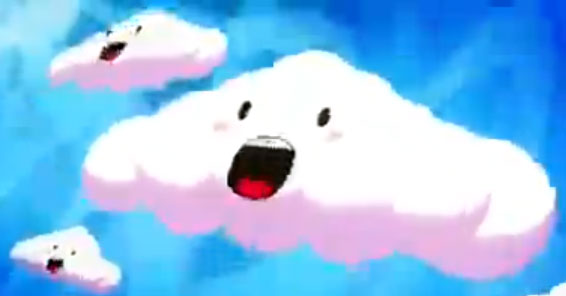 That is why it was nice to see this 2012 re-recording and its accompanying video, giving Lynne a full-Beatle treatment for his Beatlesque song. It’s only slightly different, but I like it better.

Sun is shinin’ in the sky,
There ain’t a cloud in sight
It’s stopped rainin’
Everybody’s in a play
And don’t you know
It’s a beautiful new day

Runnin’ down the avenue
— Pant! Pant! Pant!—
See how the sun shines brightly
In the city, on the streets
Where once was pity,
Mr. Blue Sky is living here today.

Mr. Blue Sky, please tell us why
You had to hide away
For so long (so long!)
Where did we go wrong?

Hey there Mr. Blue
We’re so pleased to be with you
Look around see what you do,
Everybody smiles at you

Hey you with the pretty face,
Welcome to the human race
A celebration —
Mr. Blue Sky’s
Up there waitin’ and today
Is the day we’ve waited for

Mr. Blue you did it right,
But soon comes Mr. Night,
Creepin’ over, now his
Hand is on your shoulder
Never mind! I’ll remember you this way.