“Deliver me from Reasons Why.” 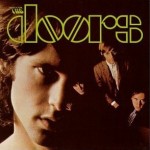 Released on this day in 1967, The Doors’ eponymous debut album contained this haunting song, written — according to Jim Morrison — for a woman named Mary Werbelow. The B-side to “Light My Fire,” “The Crystal Ship” is my favorite Doors song.

Before forming The Doors, Morrison was in love with Mary, whom he met on the beach in Clearwater, FL, while he was a student at St. Petersburg Junior College and she was still in high school. They were together for three years, even after Jim moved to Los Angeles. She followed him, but they broke up shortly after.

Still, they stayed in touch. Werbelow gave a rare interview to the St. Petersburg Times in 2005 and said that Jim told her she was the inspiration for his songs.

“The first three albums are about you,” Werbelow says Morrison told her in 1969, before the release of The Soft Parade, The Doors’ fourth LP. “Didn’t you know that?”

The pre-Doors romance with Mary has always been intriguing to me, as nothing suggests she shared his reading habits. It is facile to suggest that dissolute visionaries like Morrison just need a homebody to keep them anchored to the Earth. Maybe it’s more accurate to say that Morrison, a dissolute visionary, needed homebody Mary Werbelow to keep him anchored to the Earth.

Either way, “The Crystal Ship,” when seen through the lens of Morrison’s move to Fantastic L.A. and his parting with Mary, is as sad and inevitable a breakup song as the more-famous “The End.” It’s also more powerful, I think. It’s wistful, helpless, and a little vindictive (“When we get back, I’ll drop a line”), too.

“The Crystal Ship” by The Doors
Year: 1967
Composed by: Jim Morrison
Lyrics 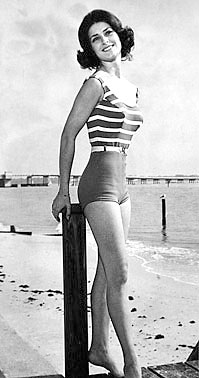 The days are bright and filled with pain
Enclose me in your gentle rain
The time you ran was too insane
We’ll meet again, we’ll meet again

Oh tell me where your freedom lies
The streets are fields that never die
Deliver me from reasons why
You’d rather cry, I’d rather fly

The crystal ship is being filled
A thousand girls, a thousand thrills
A million ways to spend your time
When we get back, I’ll drop a line