I tend to meet people in my travels these days but, back in 1989, I met someone on hers. She introduced me to the music of Lucinda Williams and, years later, her dad suggested I pick up some Tony Hillerman books at the airport on my way out of town. 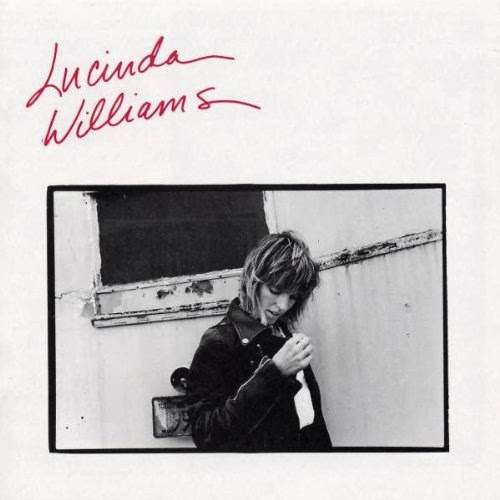 Williams’ Louisiana drawl would suggest she just didn’t care, but her lyrics prove she does, and deeply. She sounds heartbroken and hard-drinkin’, singing from a place slightly below the diaphragm. “Side of the Road” is about an inclination toward a stable relationship that the singer can’t wrap her head around just yet. It fascinates her. She sees a farmhouse at the other edge of a field and, instead of wondering if she’s in an Amdrew Wyeth painting or if Shoeless Joe is going to come traipsing through, thinks about whether the lady of the house lets her hair down at night.

Stephen King would have a completely different take on the goings-on at that farmhouse, so it’s good he wasn’t running around bare-legged in that field.

In the nearly three decades since this song appeared on Williams’ eponymous album, she has recorded a string of earnest, ass-kicking records. Her latest, “The Ghosts of Highway 20,” came out late last year and features an exquisite lead-off single, “Dust.” As Williams has aged (she’ll be 63 this month), her songs get more growly and urgent, but remain just as plaintive.

(The several Tony Hillerman paperbacks I purchased at the Albuquerque airport were excellent and taught me about my Navajo heritage. In later trips I bought both “The Da Vinci Code” and Keith Richards’ autobiography, reading one on the plane and the other years later. “The Da Vinci Code” made me think that literacy was overrated. But I never felt that way with Lucinda Williams.)