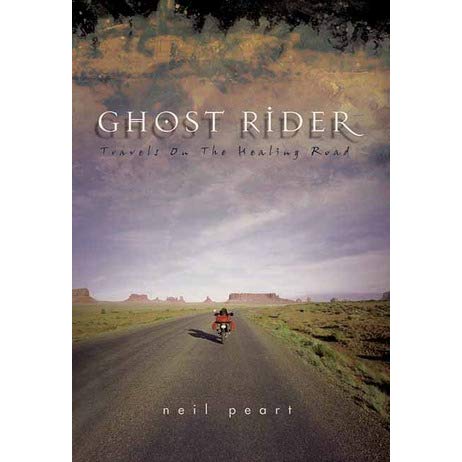 For Rush superfans—and it is their right—the pinnacle of the exquisite Canadian trio’s career wasn’t their bestseller, 1981’s “Moving Pictures”; it could have been any one of a series of equally-impressive and beloved peaks along a stunning range that was decade-agnostic. Maybe “Roll the Bones” (1991), “Clockwork Angels” (2012), “2112” (1976). Each of a couple dozen albums was special, with three wizards–two gregarious high school friends and one guy, the drummer, who’d quickly leave after shows and ride his motorcycle to the next gig—all distinctly themselves but working in unison.

The third man died this week, of brain cancer, at 67. His name was Neil Peart and his lyrics, technical, earnest, wordy, and never dumbed-down, were the perfect emotional complement to the precision and virtuosity of his drumming. If his lyrics lacked anger, longing, or any other emotion you’d expect from a worldwide stadium-filling rock band, just look to the drumming.

Rush was unlike that other trio of superlative musicians, Cream, in that Rush lasted more than one album, and the band didn’t insult fans with lyrics like “Then I told you about our kid, now he’s married to Mabel” (to get something that rhymed with “table”). Rush was also different from Yes, whose playing was often as intricate but needed more people to do it and who never connected on a rhythm-section emotional level the way Rush did.

Even if the brunt of Rush’s audience was male,

In this clip from “I Love You, Man,” Peart delivers the best line: “Seven females at a Rush concert…must be some kind of world record.”

I’m not a Rush superfan. They got me at “Moving Pictures” (I was 13), kept me for “Signals” (1986 and “Subdivisions,” along with its accompanying video were maybe a little too on the nose for my comfort) and, classic rock being what it was back then, I could dip into the archive of “Fly By Night” (Rush’s second album and the first one for which Peart drummed and wrote), “2112,” and “Permanent Waves” as much as I wanted. But I believe that the time Rush had me was the perfect time for it to happen. Concepts that wouldn’t ordinarily enter my mind until much later happened for the first time with Rush. “If you choose not to decide/You still have made a choice”? Still valuable today! When I went through a breakup and drove to Joshua Tree, “Red Barchetta” was instantly comforting, even if I was in the American desert rather than the Great White North.

Peart died on January 7 but his death wasn’t announced until January 10, which happened to be the fourth anniversary of David Bowie’s death. I feel like I’m betraying something fundamental when I say that Peart’s death affected me more than Bowie’s did. To unexpected tears, even. The water works started when I called up “Limelight,” which seems to be about Peart’s ambivalence toward fame: “Living on a lighted stage approaches the Unreal/For those who think and feel…Cast in this unlikely role, ill-equipped to act, with insufficient tact/One must put up barriers to keep oneself intact.”

Lines like this seemed to be an acknowledgment of the inability to connect; a problem for the type of person who might write lines about “philosophers and ploughmen” and tree politics. 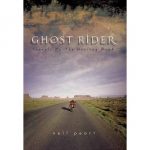 Peart took a hiatus from Rush (and therefore Rush took a hiatus—there is no Rush without Geddy Lee, Alex Lifeson, or Peart—after the back-to-back deaths of Peart’s daughter and, later, her mother, in the late 1990s. Peart rode his motorcycle from as far north as Alaska all the way to Belize, and tens of thousands of miles in between, and later penned a memoir, “Ghost Rider: Travels on the Healing Road.” It’s a wonderful book, much closer to “The Grapes of Wrath” than “Travels with Charley.”

The house on the lake had been my sanctuary, the only place I still loved, the only thing I had left, and I was tearing myself away from it unwillingly, but desperately. I didn’t expect to be back for a while, and one dark corner of my mind feared that I might never get back home again. This would be a perilous journey, and it might end badly. By this point in my life I knew that bad things could happen, even to me.

People talk about seeing the Beatles on Ed Sullivan as a pivotal moment in their lives. Who are these beings? But to a lot of people, myself included, there was something about Rush, and Peart’s lyrics, that made an instant, and deeper connection. Since nothing is strange anymore and we must take every opportunity to put the pieces together, I’m not surprised that both U2 and Frank Black share a similar come-to-Jesus sentiment about the Ramones:

Following his ride, Peart returned to Rush and Rush resumed, releasing “Vapor Trails” in 2002. It was a bit like AC-DC’s “Back in Black” comeback following the death of original singer Bon Scott, except “Vapor Trails” (which featured a song called “Ghost Rider”) seemed to suffer from its dependence on autobiographical lyrics. Rush was always better when the lyrics blended into the music rather than stood out from them; that way they sunk in more effectively. But another thing about Rush was that fans had a solid idea that the three members took care of each other. One thought that occurred to me, soon after feeling sorry for myself and then for Peart’s second wife and 10-year-old daughter, was “How must Geddy and Alex feel?”

When Rush disbanded in 2015, it did not play the song “Time Stand Still” in its final tour. There might have been too much sentimentality in a line like “Freeze this moment a little bit longer” (especially with an unlikely backup vocal provided by Aimee Mann).

But it’s such a sweet and accessible song. Peart told the Boston Globe‘s Brett Milano in 1987 that

All through the ’70s our lives were flying by; we spent so much time on the road that it became like a dark tunnel. You start to think about the people you’re neglecting, friends and family. So the song is about stopping to enjoy that; with a warning against too much looking back. Instead of getting nostalgic about the past, it’s more a plea for the present.

When I think about Rush, and those particular combinations of words and music that hit me at just the right time and continue to mean so much to me, I’m just so grateful to Neil Peart, and feel sorry for his friends and family.

Addendum: Since writing this I have been hipped to and reminded of a couple more Rush-related memories. Here is a video that captures the friendship of the band:

Here is a story I wrote in 2001, the day after I broke up with the person with whom I’d moved to Los Angeles.

The Counsels of Rush

Either I was at the newsstand, my grocer’s freezer, or down the fishmonger’s, when the proprietor began the following conversation with me:

What do you want?

I don’t know. Do I have to know what I want?

By now you should.

I thought I knew.

I know what I don’t want. Is that good?

Do you think you can come to what you want by way of discovering what you don’t want?

Sure. I’m going to live forever.

Well, in that case, why don’t you get rid of what you don’t want so you can get to what you do want sooner?

I put down the pork rinds, the halibut, the caviar, the prune juice, and the jalapenos. I didn’t want them. I returned the CDi player, the 8-track, the DivX, and the in-dash VCR. I thought I’d wanted them, but I realized soon after that I’d been wrong. I wasn’t wrong when I got them – I’d become wrong. That was the worst part; I might have been recommended by the FDA, nominated by the Pulitzer committee, and underwritten by the Better Business Bureau, but current circumstances had rendered all of that worthy praise worthless and void and I had become wrong. So back went the Yugo, the oat bran, the tae bo, kabbalah, my wife, a degree in journalism, and the ankh tattoo. I should have known about that last one – just look at Egypt on a goddamn map and this kid wants an ankh tattoo…

Will it be this one or that one? (It was the proprietor again.)

You better get to it. You know what the preeminent Canadian Power Trio would say.

Yes, I do, and all too well. But it’s difficult making a choice when all my best ones seem to have gone wrong. Why make a choice when you can’t have faith in them anymore, when their success or failure cunningly plays itself out over years, so that even if you could unmake the first choice you’ve already made so many peripheral choices that you can’t fight your way out, and all is shame and torment?

Shame and torment? the proprietor said, disgusted. Come on, it’s only paper or plastic.