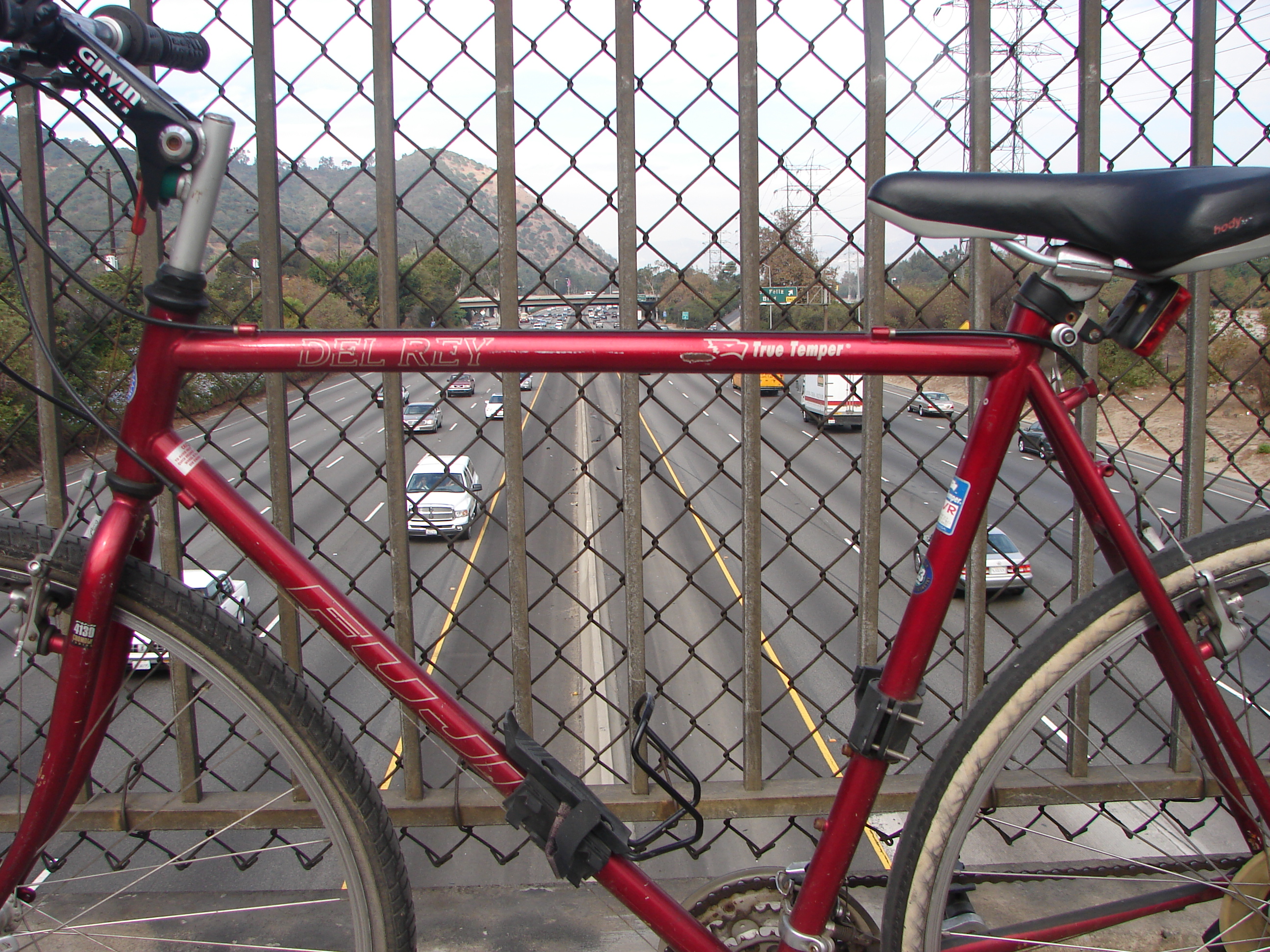 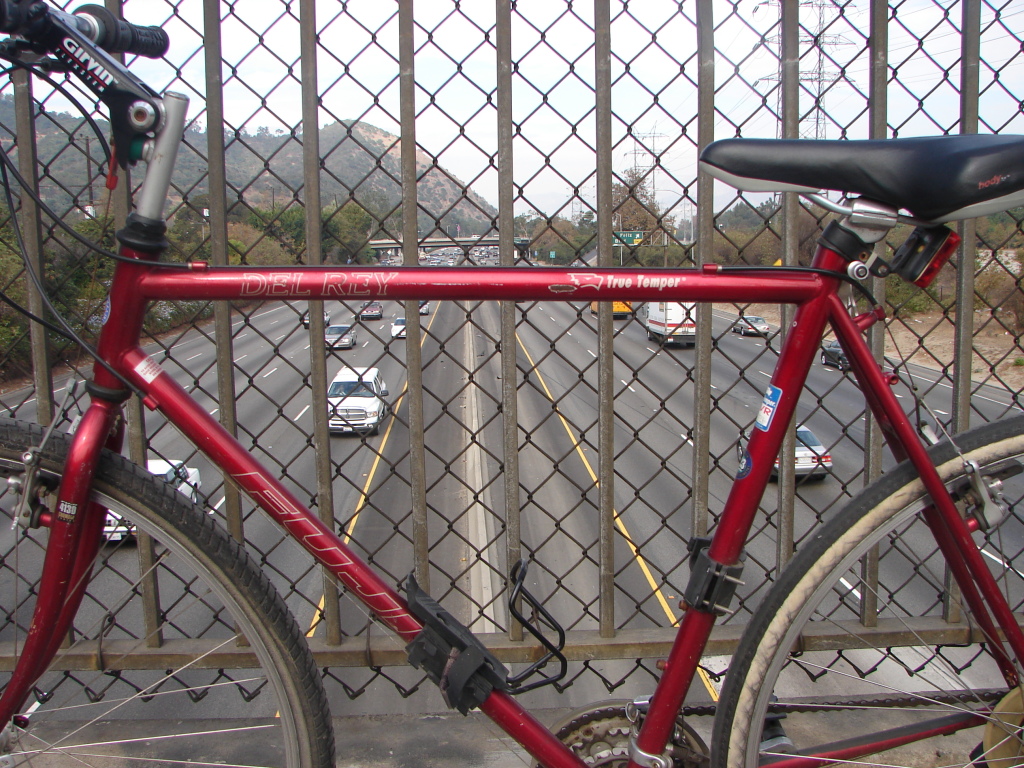 I’d like to think that, right now, in some lower rent place than where I’m currently living,

there is some dude riding my bike to a job that he couldn’t have gotten to if he didn’t have a bike.

I’d like to think that he suspended his disbelief for a moment when he saw it at a sketchy yard sale for $20, thinking that my bike and the dozen others lined up on that sidewalk had been purchased years ago and painstakingly restored, the owner having decided to ditch L.A. for Scottsdale and having a fire sale.

I’d like to think that the bike that was stolen from just outside my front door on my birthday is making a real difference in the life of someone less fortunate.

Because the only way I can begin to be O.K. with the fact that the bike on which I’ve had so many adventures over 16 years has been stolen is that the asshole who stole it isn’t riding it.

If the asshole who stole my bike is the one enjoying it, he might have seen me riding it with an eyepatch on and off for a year as the eyeball underneath was being poked and prodded by a team of opthalmologists; I would go weeks not allowed to drive. He would have monitored my activity for several days, noting my morning and evening rides and the 12-hour gap in between while I worked. He would have paid attention to the fact that I drive on the weeks my children are here but that, for two weeks out of every month, nearly all my transportation is on two wheels. 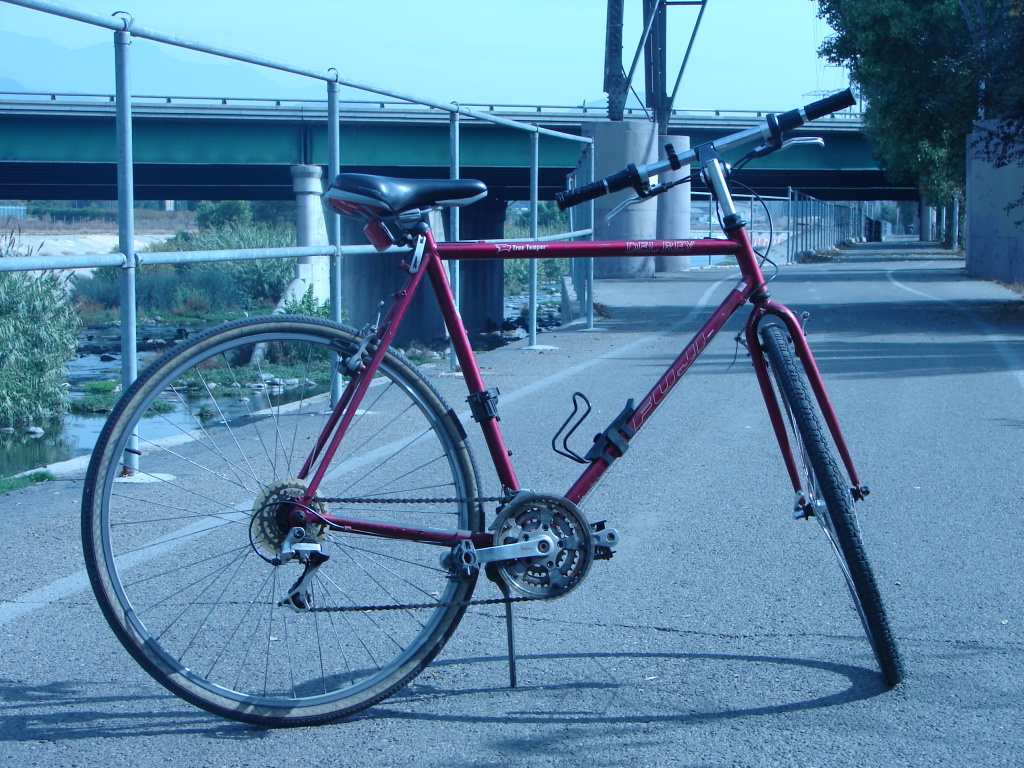 He would have noted my svelte frame, healthy glow, and taut calves. And coveted them. Who wouldn’t? He might be an asshole, but he’s not a stupid asshole.

He would have seen me on my birthday night, eschewing the car to make a quick trip to the post office and Costco. Then he would have seen my children and I leave the house. Having watched me, he made the decision that I could afford to be relieved of my vehicle.

I bought my bike for $400 in August, 1998 at a shop on Centre Street in Jamaica Plain, Massachusetts. In July of 2000 I was riding to my job in Cambridge when the bike (her name was Martha) and I were hit by a UPS truck. Both of us survived. I took it to New York City for a summer, I rode it for two weeks in Philadelphia and, when I moved west, made sure to unload it from the truck every night to ride a few miles in whatever state I had stopped in.

In Los Angeles I’ve ridden it for hundreds of miles along the Pacific as well as back and forth dozens of times on an 18-mile route between North Hollywood and Canoga Park. I rode to my office through downtown and Koreatown and along the L.A. River, participated in three CicLAvias, and rode to the Mulholland Fountain and back at 2 a.m. when I needed to clear my head. When my eyesight was in flux my bike was even more critical — twice as dependable as L.A. public transportation and less world-destroying than Uber.

Including its purchase price, I imagine that I spent maybe $2,000 on that bike in 16 years.

So we’ve had a good run, this bike and I, and I hope its new owner gets as much use and joy from it as I did. My doctors have signed off on my not going blind, so I can buy a car without the insurance crippling me, and I can buy a new bike in a few months if I can learn to love again. 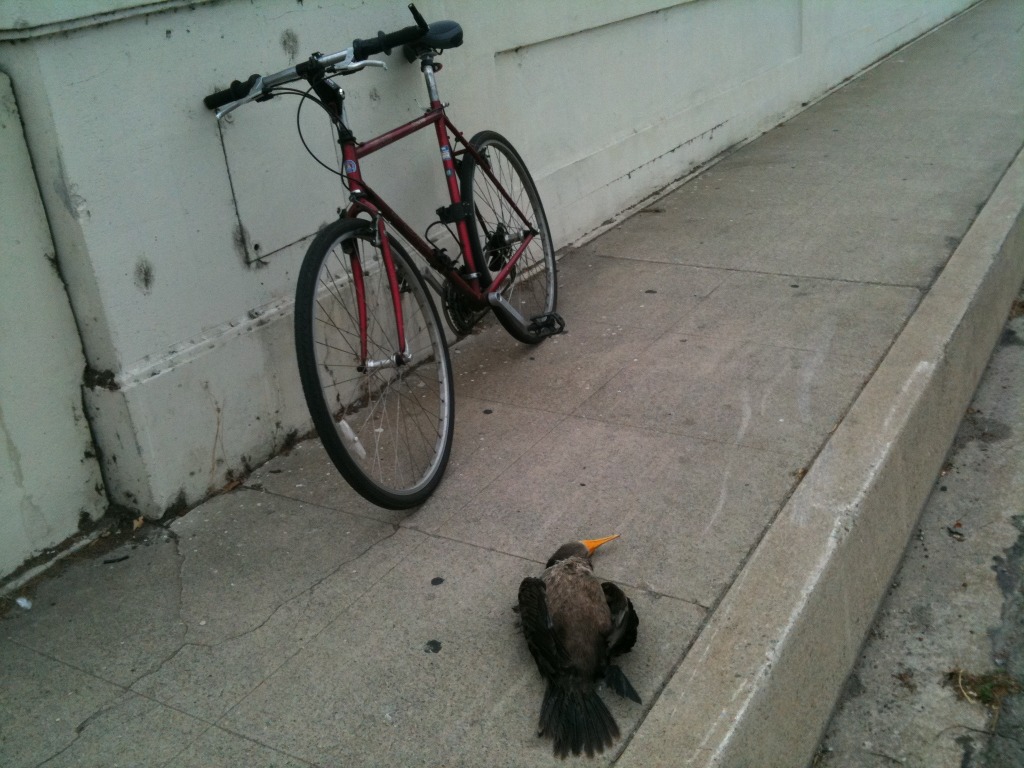 But I’m not going to explain away the theft of my bike as the tax I pay on my privilege. I loved that bike and I needed it. I’m sad it’s gone because I get enough reminders there are assholes out there.

But this evening I am going to walk to the post office and maybe on the way home I’ll call a friend and have a drink at the bar down the street. I just hope some asshole doesn’t steal my calves.

1 thought on “Asshole Stole My Bike”