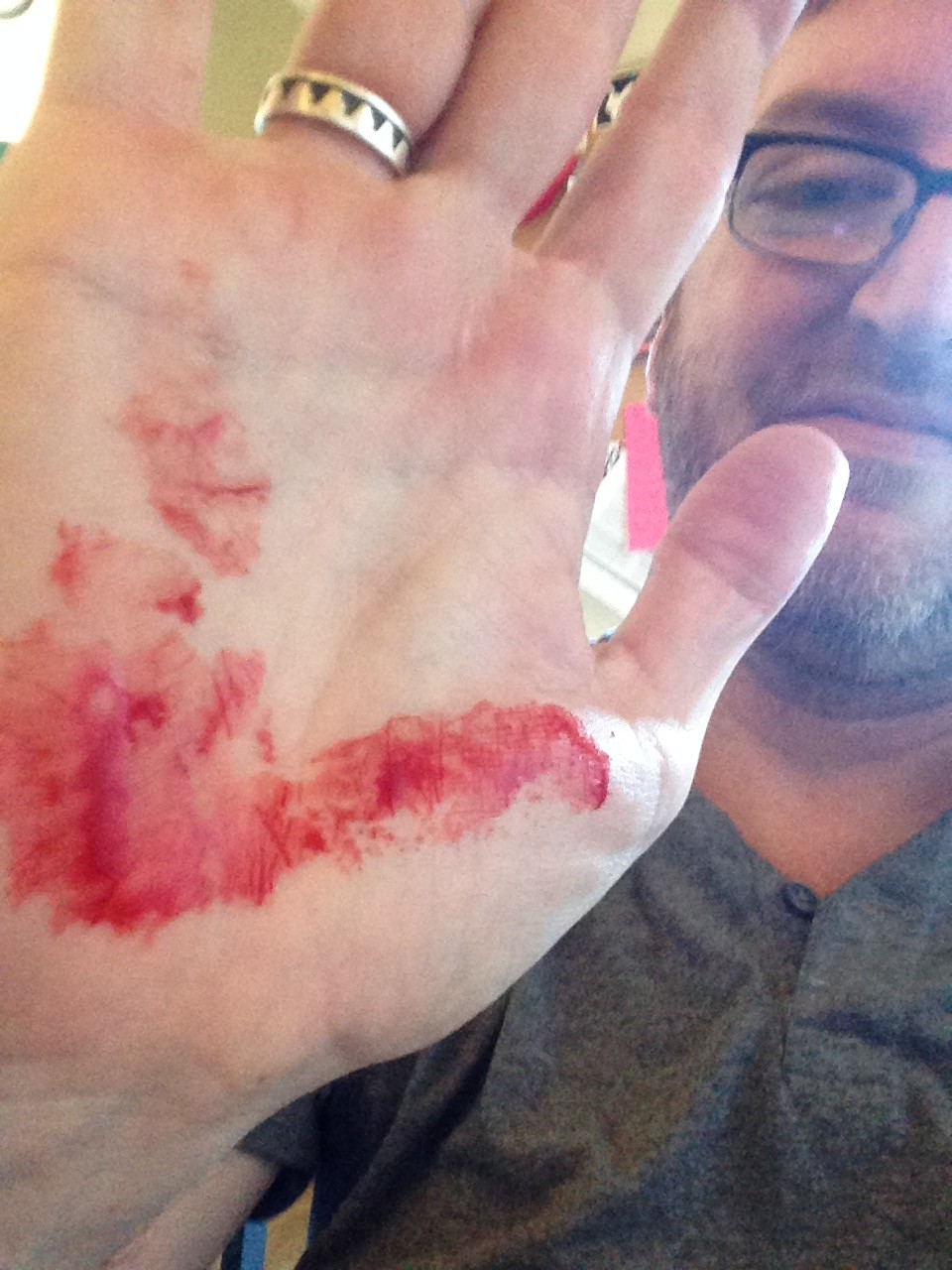 I bumped my head. I think it’s an east-west thing. 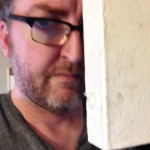 It is a lazy Sunday morning and I am cooking a late-ish (11:30) breakfast for myself and a guest. Just an hour ago, my friend Paul had called to ask what the Latin word for “Hello” is (IS, not WAS, because Latin is not a dead language). It is “salve,” from whence we get “salutatorian.” Now NPR is playing and, you know what? I’m feeling extra smart.

I’d been over Paul and Angela’s house the day before to buy $10 worth of Girl Scout cookies from their wonderful daughter. They’ve got an orange tree so I got to take home a bag of oranges. This morning I think (because I’m a thinker): “I’m going to juice that shit.”

I look for my juicing apparatus (probably less expensive than Lance Armstrong’s juicing apparatus, but Hey, my bike got stolen) and it’s up in the cabinets. I warily eye the edge of the cabinet door which, at 66″, is the perfect height to gravely injure me if for some reason I stand up into it from a bent position.

I find the various parts of this manual juicer and, while taking them down, knock over a box of toothpicks. They spill all over the floor. I grab the broom and clean up the mess, then notice a tuft of dog hair on the floor in the corner. Then I sweep the whole kitchen.

The owner of the hair, that same dog, is licking my head. I am on the floor, having passed out for a minute. My friend takes me to Urgent Care, I get some stitches. Apparently, while sweeping under the cabinets I unbent to my full, mighty height and caught my skull on the corner of the cabinet door.

I’m not concussed. I’ve just got a bump on my head and one more little divot that’ll be apparent if I ever shave my head again or lose my hair. 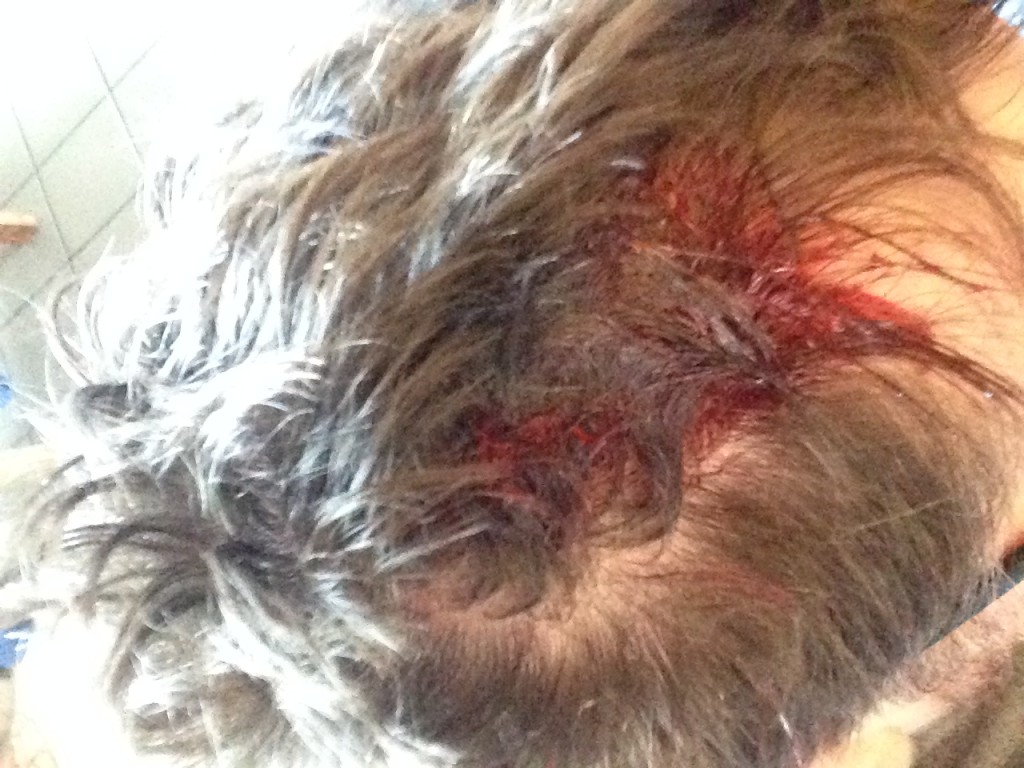 I’ve been this height for a quarter century but I’m thinking I’ll have some of it removed. There is nothing that makes a tall person feel as stupid as bumping his head (the doctor confirmed this; he suggested I write something instead of going to sleep).

Often people will greet me with a hearty “You’re too tall!” In my head (when it’s not bleeding out) I will often say, “And my daughter calls your son Shrieking Anthony. I’ve seen him on the playground and he should be locked up.” But to the person I usually just say, “But Jesus loves me.”

Now when someone tells me I’m too tall I will say “Sometimes.”

I’m home and will now juice that bag of oranges like nothing has ever been juiced before. Later I hope to move lest this house kill me.