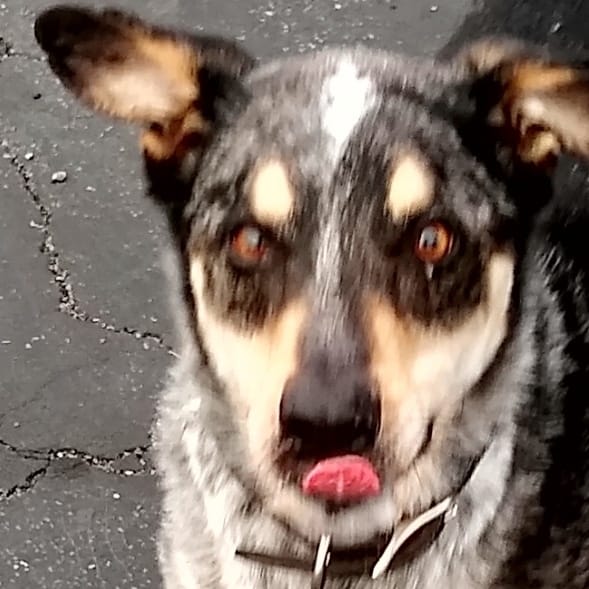 “Tell about the possums, George.”

As we walked my son to school yesterday, Gordon Thunderfoot, our dog, casually ripped a mother possum out of a bush and gored her in front of both us and her own babies, or possumlets, whatever. My son, who saw it first, gasped. He was especially distraught that Gordon wasn’t a professional or a gentleman about it. You know, if the Mob has to whack somebody, they don’t do it in front of the target’s family.

The possum, I later found out, had played dead. But it didn’t have to do much preparation for the role, as bits of her innards still covered Gordon’s face. He really got in there. Then my son had to step around the carnage and go to school, just like they do in Chicago or wherever Malala lives.

I went to the car to get towels and a shovel —

Q: Why do you keep a shovel in your car? You live in Southern California.
Counter Q: Did you ever find that guy?
Q: What guy?
A: The guy that ran over your face.

— and returned to find that Mx. Possum had up and skated.

“You dodged a bullet, Gordon,” I said, wiping Clinging Roped Matter from his face. Then he wanted to play Ball, which is when I took this picture.

When I was 11, as old as my son is now, I was diagnosed with dyslexia, and for a long time I was a painfully slow reader. That was why I was so proud of myself when, in ninth grade, I was able to finish “Of Mice And Men” in one night (It’s about 90-pages). The story keeps finding its way back to me and, yesterday, I thought, “Out of love, will I have to kill my dog before someone else does?” (I’m referring to Gordon as Lennie, by the way, not Candy’s dog.)

To wit: “I love you, you’re an essential part of our family, but let’s face it–I get why certain oppressed groups might think you’re a monster, that you’re a danger to others, and you might have to be put down. ‘The Grapes of Wrath’ is also a wonderful book.”

Turns out Gordon doesn’t have rabies. While he was especially charged up after the attempted murder, patrolling various perimeters and nearly overdosing on delicious Animal Fear, he submitted to a bath, knowing that our family lacks the resources to supply that kind of possum-rich lifestyle. It would be like a Disneyland Annual Pass.

Anyone I know who has a dog (or a cat who transcends its species’ limitations by appearing to be capable of love) dreads the inevitable day when they have to say goodbye. But now I know what I’ll say, if I can choke the words out.

“You can murder all the possums you want, Gordon.”

[EPILOGUE: It turns out the mother merely found her way back into the nearby bushes to die and, after school, two of its dead babies were found near her. Our dog, whom we love dearly, just wiped out a family.

After his bath, Gordon was given one of his favorite treats—the unwashed plastic container of a Costco rotisserie chicken—which he accepted, gravely and by mouth, and trotted back to his lair.]

I’m not sure if the blue poodle in “Travels with Charley” presented such moral dilemmas.

1 thought on “Of Possums And Dogs”