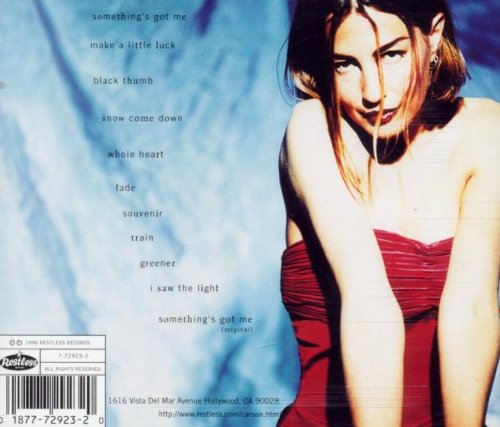 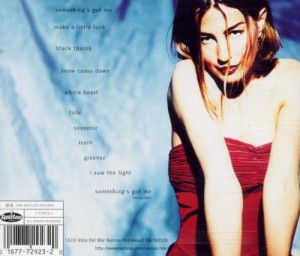 I’m truly sorry it went wrong, says “Black Thumb,” but it’s not like you didn’t see it coming. As I look around this place I see practical artifacts from long-gone relationships. Some of them float on the surface like volcanic islands: there’s a table shaped like a map of the United States, a couple of shelves of books with inscriptions and marginalia that get more cryptic each year, a bathrobe that belonged to an ex father in-law, a treasured sweatshirt gifted me by a girlfriend’s mother a few years before today’s song came out.

I’ve thrown out a lot in various moves and purges, but kept all the things that were of use. That’s my way of honoring something that was good once. Why keep the ice cream maker? It would probably remind me of similar wastes of time. But this leather jacket I can at least use the two days a year Los Angeles is cold enough.

But the trickiest leftovers are the songs in my music library. I’ve been collecting my girlfriends’ digital music for 20 years, and now and then a song pops up on shuffle like a warning, a disclaimer, an apology. “You didn’t read the fine print,” it says.

I’ve always enjoyed stories where the explosive device is hidden in plain sight, like the folktale The Scorpion And The Frog, in which the scorpion begs a ride across the river from the frog, who is skeptical of the scorpion’s good intentions.

“But if I sting you, we’ll both die,” says the scorpion.

Well, the scorpion stings the frog and they both sink. The frog manages to ask why the scorpion did it, and the scorpion replies that it’s the frog’s own goddamn fault (or maybe I’m reading into that).

Anyway, Lori Carson has such a sweet way of delivering the bad news in this song, complete with tempo changes, that we remember the appeal of ignoring red flags. A powerful writer, Carson’s website is just as full of apology and doubt. Referring to blogging and/or personal websites, in her New Year’s message she writes:

It becomes apparent that this method of connecting is artificial and even delusional.

But later backpedals. “I never meant to cause you anything but happiness.”

“Black Thumb” should not b confused with the Yeahs Yeah Yeahs’ “Black Tongue,” which isn’t apologetic at all.

I never meant
To cause you anything
But happiness

Something’s just won’t change
Though I keep on trying
I’m sure you were sure
But now you’re only crying
It’s a curse, like a black thumb
everything I touch
Runs wild with the pressure of it
Becomes a pile of dust
Then the wind gets it
Everything I touch runs wild

I never meant
to cause you anything
but happiness