Today You Will Wear Jean Shorts

The Bathroom At Connie’s Wedding 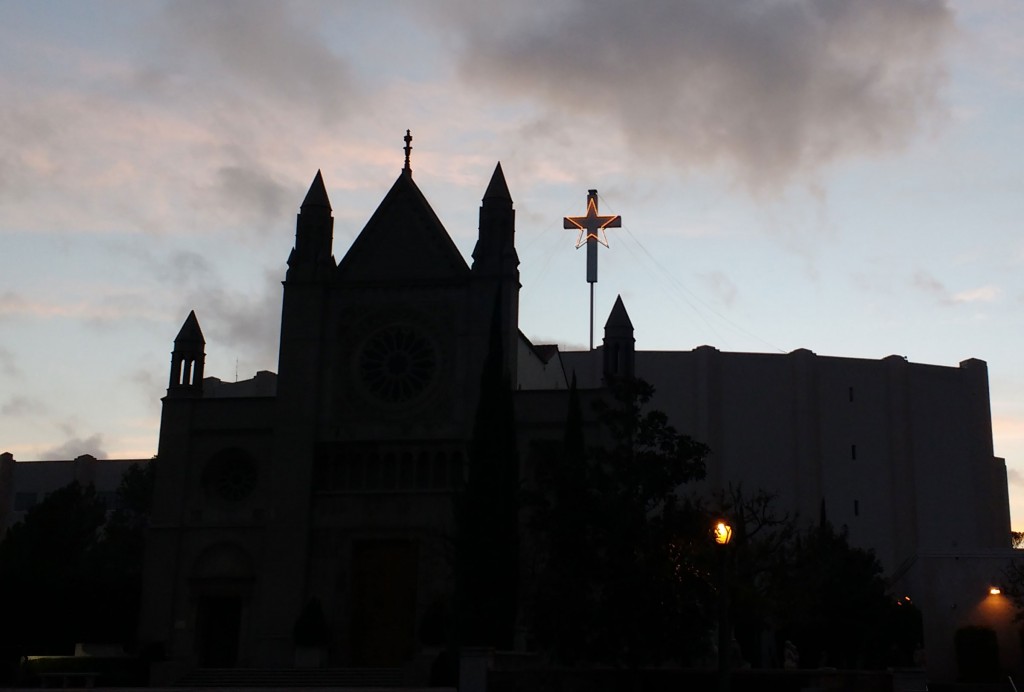 Following a 16-year study of measurable Christmasing trends, I have determined that L.A.’s Christmas season runs from just before Labor Day to Super Bowl Sunday.

Fact: I arrived at the Los Feliz Blvd. Costco for my thrice-weekly visit on August 30, 2016 to find the Christmas decorations up. It was festive there, unlike the rough-and-tumble Burbank Costco, at which Kellyanne Conway points out there are routine but unreported Nutella Sample-related Murders.

As an east coast native, my body is used to four distinct seasons featuring what the Mayflower Compact described as a wet/moist/warm/hot/cool/crisp/cold medley. But, despite having lived more than a third of my life in Southern California, I still haven’t acclimated to the region’s weather patterns that feature a subtler dance between fires/kiln-hot/papery abandoned beehive/mudslide. So I look for other seasonal markers. 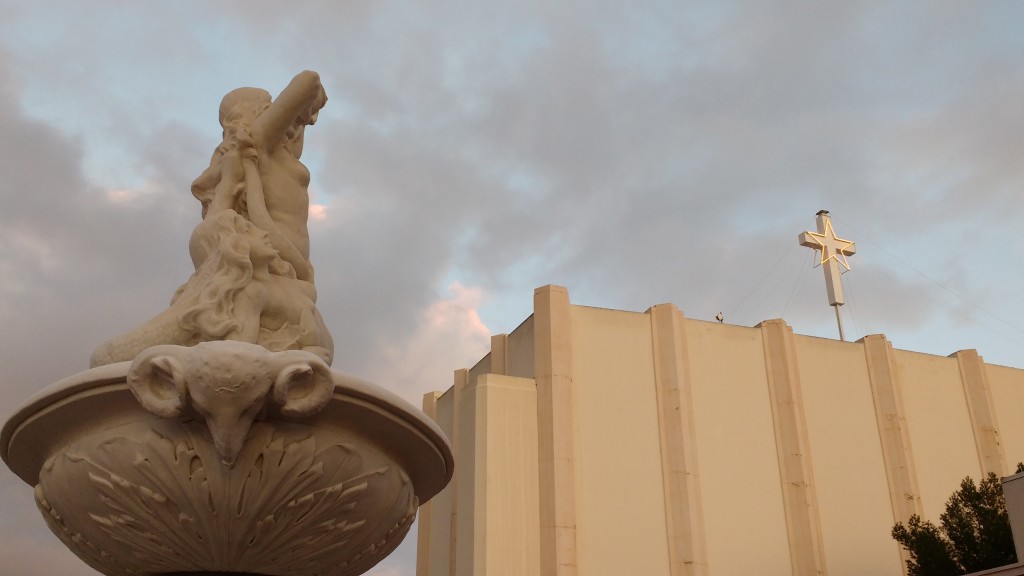 If August 30 begins the Christmas season, then it really kicks into high gear when, after Thanksgiving, the light-up cross above Glendale’s Forest Lawn Cemetery—visible for miles—changes to an advent star. It’s not the three kings paying tribute to the Baby Jesus, and it’s not even the L.A. Kings skating forth to visit the hidden mausoleum drawer of Michael Jackson, but it does signal to Angelenos that soon there will be a two-week period in which it’s possible to go faster than 4 m.p.h. on the 405, and that holiday travelers can get from Mar Vista to Alta Dena without requiring emergency vehicles. 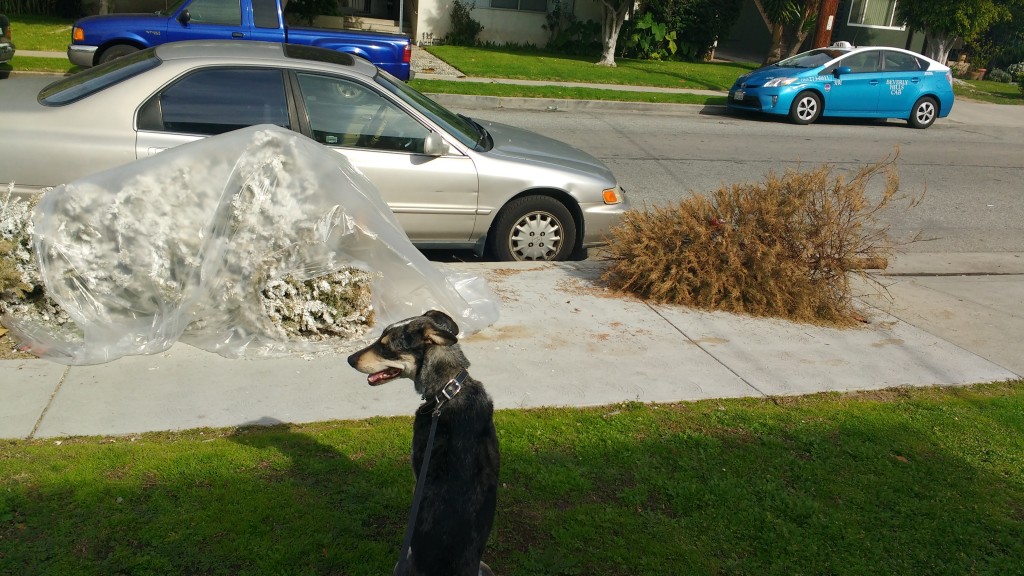 But it’s after Christmas that the L.A. area really shows that #ChristmasIsReal, as residents engage in the proud tradition of leading Gaspar, Balthazar, and Melchior back home to the Orient with discarded trees, in much the same way that the citizens of Jerusalem threw palm fronds to soften the passage of Our Lord’s Donkey. Prostrated Epiphany Trees, as they’re called, begin beautifying sidewalks as early as December 26, and this year the last one was carted away from my neighborhood just this morning. 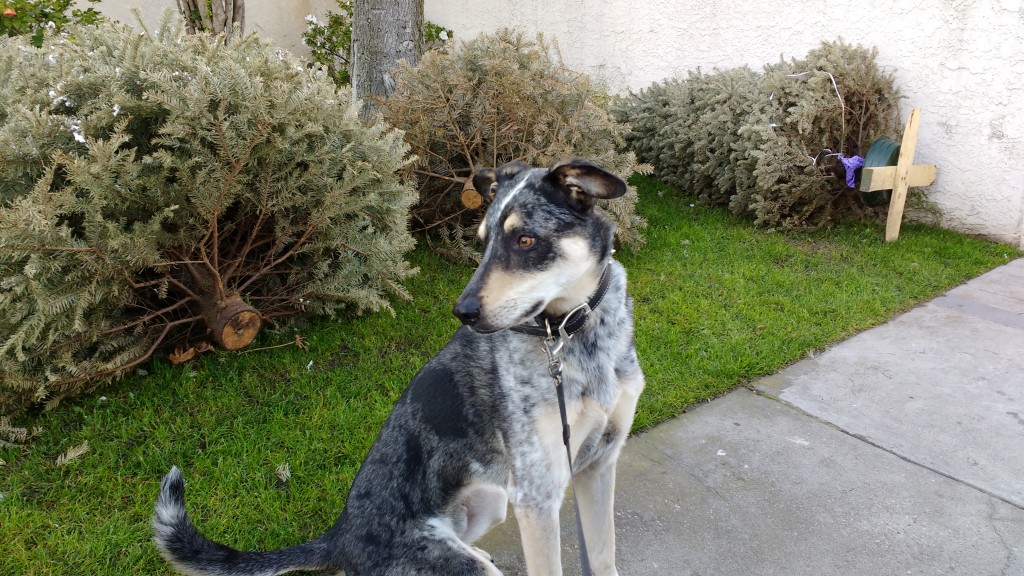 For millions of football fans who hate the New England Patriots, who may also resent that organization’s connection with the 45th president, Sunday’s Super Bowl LI and today’s Senate confirmation of anti-education Education Secretary Betsy DeVos may seem cruel. But this weekend, when the star above Forest Lawn reverted back to a cross, and the last Prostrated Epiphany Tree went away, we are reassured that, even though Christmas may be over, August is right around the corner. 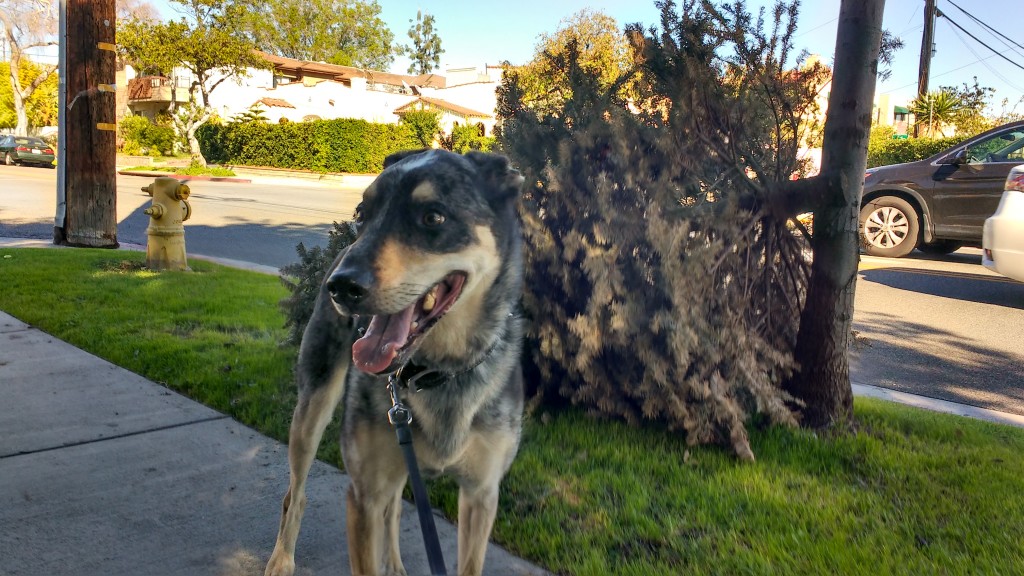