I Still Pray To My Childhood Saints 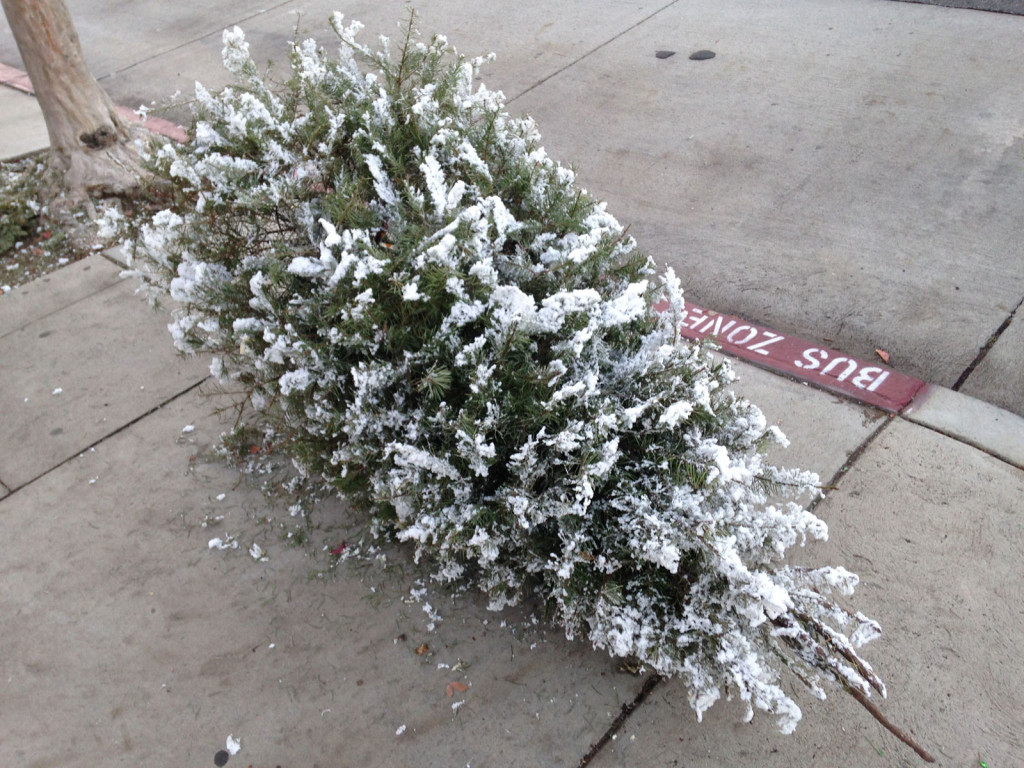 Many denominations determine the beginning of the Christmas season as the day when Costco starts selling fake trees (in 2014 this was on September 18) but I’m much more of a fundamentalist:

for our family, Advent starts the night we see Christmas decorations in a residential window not belonging to a college student or known sufferer of bipolar disorder.

But when does it end? While I will take down our tree on December 31, some people wait until January 6, or “Little Christmas,” to toss theirs to the curb. I believe that taking down the tree is just a part of Christmas, but not the end of it.

No, the end of Christmas is when the garbagemen take the last tree away from the street where I walk the dog. And as January turns into February, I get more and more excited as the discarded trees dwindle on the curb, filling up with styrofoam cups and empty chip bags in the neighborhood tradition of people adding their garbage to a larger instance of garbage, much like the Pharisees did with the Romulans in ancient Erbd.

“Someone really loves Christmas!” I’ll say around January 23 when a new, desiccated tree gets tossed onto the sidewalk. “They couldn’t bear to get rid of it!!”

I was prepared to declare the season over and Jesus all grown up on January 31 but then, the day after the Patriots won the Superbowl, I found yet another tree in the gutter.

And after that I didn’t see another tree for a week, at which point I was about to write thank you notes and start blaspheming again, when I learned that Christmas simply wouldn’t die.

Here’s a little cottage a few miles from my house. In December the yard held some blow-up snowmen and garden candy canes but today, near the end of February in a week where it’s already hit 92 degrees in Los Angeles, they’ve still got Christmas streamers demarcating the yard. This is a family that says “The wise men are still on their way, which is good because we’re almost out of myrrh”! 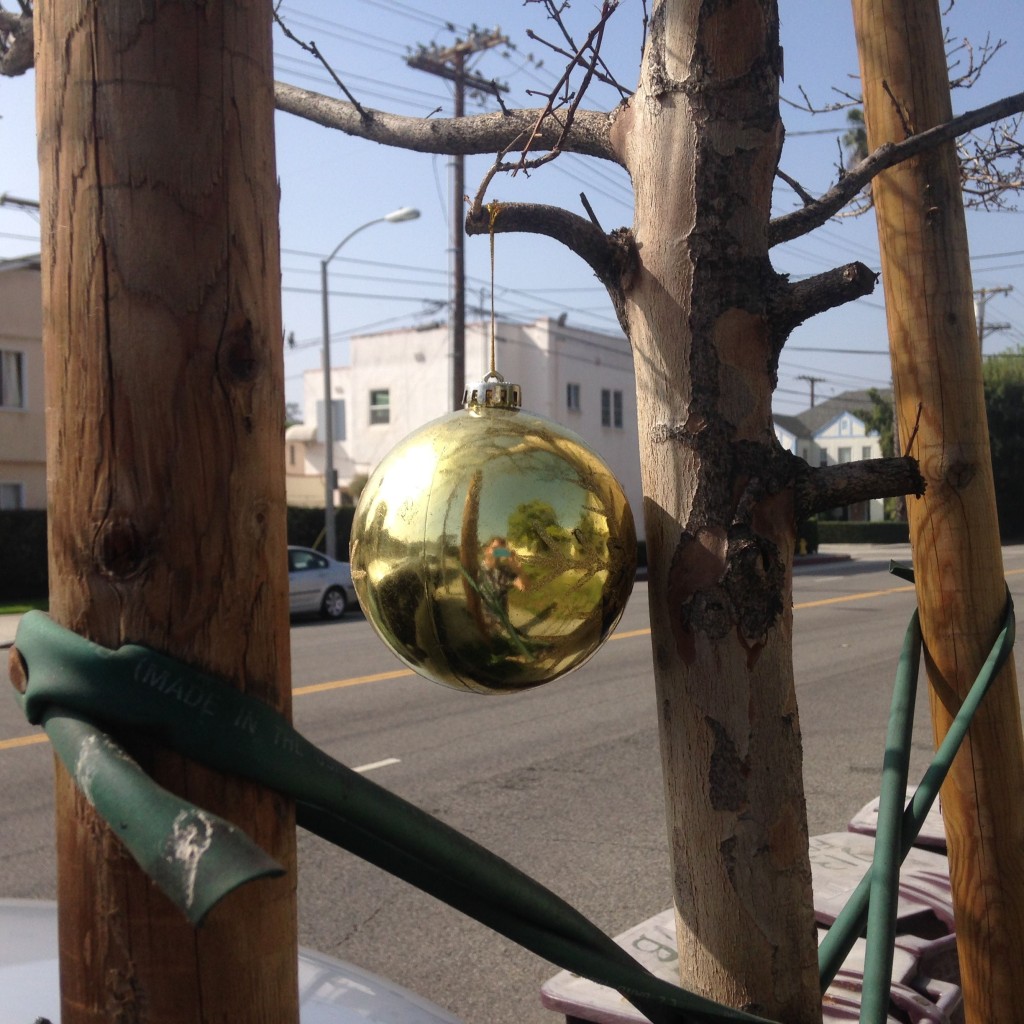 And here, near where my children go to school, rests an ornament that no one has taken responsibility for. It is as if the whole neighborhood doesn’t want Christmas to die. It will be there through St. Patrick’s Day and Easter, then through the beginning of summer and, right around the time the angel would have appeared to Mary with the big news anyway, it will sail right into the day in September when Costco puts up its trees again.

How do we conduct ourselves in a world where Christmas lasts all year? Well, buy stuff, you idiot! Candy some shit, then devil it! Make nog while the sun shines! Make a nog of everything.