To my knowledge Annie Michaels, the sweet and ancient Jewish lady who lived across the street from us when I was a tot, never made chicken soup for us. But my mother always fondly referred to chicken soup as “Jewish penicillin.” We were Catholic and I got the impression that the kindness of Annie Michaels had made a dent in my mother’s religious xenophobia. My mother made chicken soup but I don’t remember it being very good. Regardless, it is to her that I owe the addition of rice. 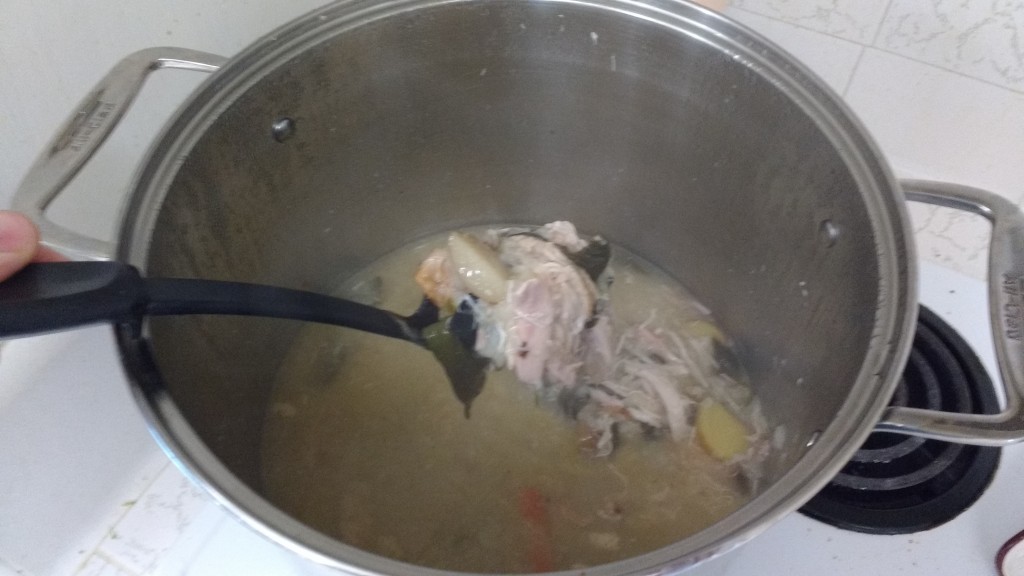 Costco rotisserie chicken ($4.99 at this writing)
a handful of washed spinach leaves
1.5 cups of rice
3 or 4 diced potatoes, fried and seasoned
a handful of diced carrots
3 or 4 diced celery stalks
rosemary from your quaint herb garden or Ralph’s

The stock:
Go to Costco and get a rotisserie chicken
Once home, wash your damn hands and dismember the chicken, throwing the bones in the clear plastic lid of the container the chicken came in. This part is important and follows specifications set forth in Paul’s Letter to the Colossians.
Put the usable chicken in the chicken storage vessel. I usually save about half of the chicken to share among a jury of my peers.
Make your regular dinner while this happens, demonstrating the grace and elegance of a single parent in a world of screens and distractions
There will be some chicken residue in the floor of the rotisserie chicken container. Take your dog outside and give this container to him. He will accept it gravely and take it to his lair.
Put the bones in the pot along with a pinch of salt and a celery stalk. Cover the carcass with water and maybe an inch more.
Cover and cook on low for several hours. The kitchen will smell wonderful. Stir occasionally. Remove from heat when you go to bed.
Evening came, and morning followed. 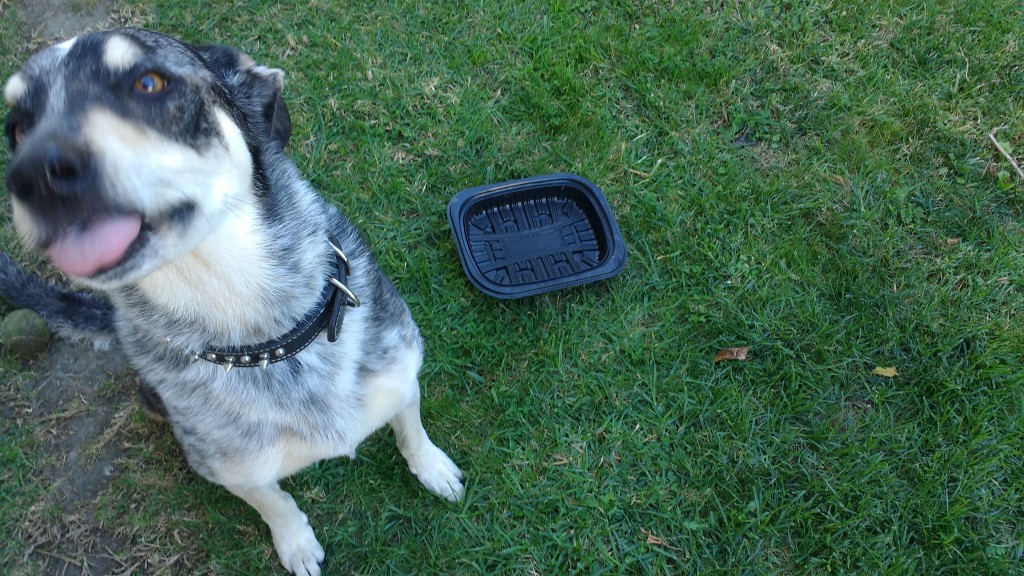 The soup:
The next morning, make breakfast like you usually do on any other day, as if nothing special is about to happen. Maybe you are making bacon and eggs? Maybe you are making some kind of stir-fry? Save the pan after you feed your kids and hot girlfriend.
Throw a little oil in the pan and cook the diced potatoes to near-crispiness
Strain last night’s chicken stock into the chicken storage vessel. Take the bones and used celery and throw them in the trash outside. Putting them in the kitchen trash, especially six days before trash day, results in a Lovecraftian abomination that I don’t wish for you.
Throw the potatoes, spinach, rice, rosemary, carrots, and remaining celery into the soup pot. Dump in the chicken and stock. Add some fresh water.
Cook on low, covered, until boiling.

Serve and season to taste (as if you wouldn’t) or refrigerate. Refrigerated shelf life is about four days.