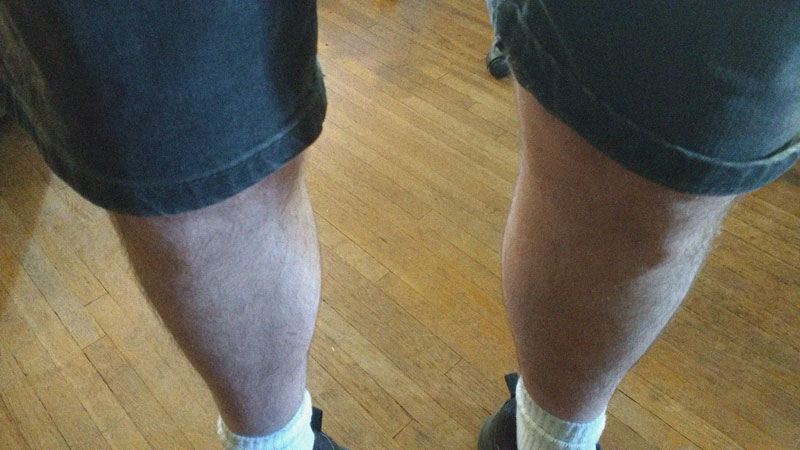 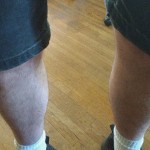 Let’s be reasonable — It’s bleak, but it’s not hopeless. You have many pants choices. And each one is safe, thoughtful, and flattering. To wear jean shorts today is a step backward into despair, yes?

No. It’s an assured, progressive step. It’s still too cold for them, and that’s why you should do it. Instead of wearing pants to the post office and supermarket, greeting your neighbors as if you are embarrassed of your shins and calves, dazzle them with the Mary Kay Rabbit Lab brightness of your winterized legs. Legs that say: It Is the Festival of the Unconquered Sun, And Wintertime Will Soon Be Over, Especially in Los Angeles Because, You Know, Let’s Face It.

You will wear jean shorts because you are jumpstarting the world.

You say, “But they will identify me as a dad by my jean shorts.”

What’s wrong with that? You are a dad. If you were in the 18th Street Gang, would you cover up that huge “XVIII” facial tattoo and eschew the blue and black colors that represent your connection to the ancient Sureño barrio gangs? No. You might be murdered. If you were a dog, would you dress as a cormorant? If you are the Pope and are readily identified by your skull-fitted zucchetto, would you instead don the conical white koukoulion of the Greek Orthodox patriarch of Russia? Of course not. Are you high?

Neither Kristy McNichol nor Bucky Dent were ashamed of their jean shorts.

You will wear jean shorts because you are so proud of being a dad that you say, “Not only am I a dad, but I can be one again, anywhere you like. Behind those trash cans or in the Von’s dairy aisle. Just give me a minute.”

Oh, look! There is a five-dollar bill from last August in my jean shorts.

1 thought on “Today You Will Wear Jean Shorts”