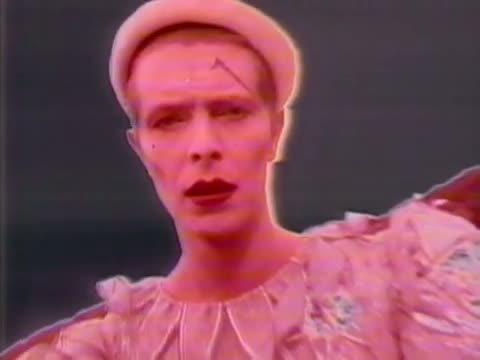 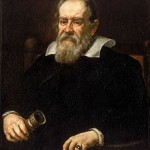 Today is the day in 1642 that Galileo Galilei died at his villa near Florence, under house arrest for the heresy of defending heliocentrism. The Bible says the Earth is fixed to foundations and the Sun revolves around it. Galileo got into trouble for siding with Copernicus, who’d supported a heliocentric system a hundred years before. My favorite story about Galileo is probably apocryphal: As he was being led away from the Court of the Inquisition in July, 1633 to begin his house arrest, he allegedly muttered “Eppur si muove” (and yet it moves). Rascal. He might as well have said “Moondust will cover you.”

This is also the day in 1889 when Herman Hollerith patented his Tabulating Machine, an early electromechanical data processor that was used in the 1890 Census. Hollerith’s company later changed its name to International Business Machines (IBM). 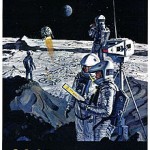 How does Bowie fit in? We’re getting to Bowie.

When science fiction author Arthur C. Clarke and director Stanley Kubrick collaborated on the 1968 film “2001: A Space Odyssey,” it was to Galileo’s beloved Jupiter that the crew of Discovery 1 was heading, autopiloted by the computer H.A.L. 9000.

Advance the initials of “Hal” by just one letter of the alphabet and you’ve got IBM.

Kubrick’s movie and Clarke’s subsequent novelization inspired Bowie’s grandiose tale of an extraterrestrial tragedy, and he wrote “Space Oddity” in 1969.

Today is David Bowie’s 67th birthday. I didn’t realize this until I was ready to hit Publish on this story. Between Galileo and Hollerith and Bowie, well, we’re really going Into the Infinite today.

“Tell my wife I love her very much,” says Major Tom to Ground Control.

“She KNOWS,” says Ground Control, as if the Major won’t shut up about it.

11 years later, Bowie had bounced from London to Studio 54 to Berlin, and when he revisited Major Tom in “Ashes to Ashes,” the good Major had been wrung through the mill. Bowie called the song an epitaph for his 70’s personae. The video is spectral and arresting.

In 1983, German Peter Schilling released “Major Tom (Coming Home),” which continued the Major Tom legend from where “Space Oddity” left off, as if “Ashes to Ashes” never existed.

One might say “(Coming Home)” was the “Exorcist III” to “Space Oddity”s “The Exorcist.”

The German version of the song is not an exact translation, and is a little chilling.

Later, where the English version says “This is my home; I’m coming home,” the German version translates to something like, “By all that you do not yet know, I’ll be cold.”

Finally, in a remix of Bowie’s “Hallo Spaceboy,” the Pet Shop Boys bring Major Tom back, using him as a soldier in a lifestyle war.

But Bowie’s original lyric (seen here in this amazing version from Berlin in 2002) doesn’t mention Major Tom at all.

Ground Control to Major Tom:
Take your protein pills
and put your helmet on!

Ground Control to Major Tom
Commencing countdown,
engines on
Check ignition
and may God’s love be with you

This is Ground Control
to Major Tom:
You’ve really made the grade
And the papers want to know whose shirts you wear
Now it’s time to leave the capsule
if you dare

This is Major Tom to Ground Control:
I’m stepping through the door
And I’m floating
in a most peculiar way
And the stars look very different today

Though I’m past
One hundred thousand miles
I’m feeling very still
And I think my spaceship knows which way to go
Tell my wife I love her very much
She Knows!

Here am I floating
round my tin can
Far above the Moon
Planet Earth is blue
And there’s nothing I can do. 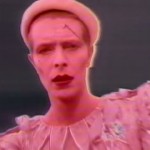 Do you remember a guy that’s been
In such an early song
I’ve heard a rumour from Ground Control…
(Oh no, don’t say it’s true)

They got a message
from the Action Man
“I’m happy, hope you’re happy too
I’ve loved
all I’ve needed to love
Sordid details following…”

Ashes to ashes, funk to funky
We know Major Tom’s a junkie
Strung out in heaven’s high
Hitting an all-time low

Time and again I tell myself
I’ll stay clean tonight
But the little green wheels are following me
Oh no, not again
I’m stuck with a valuable friend
“I’m happy, hope you’re happy too”
One flash of light
but no smoking pistol

Standing there alone, the ship is waiting
All systems are go, are you sure?
Control is not convinced
But the computer has the evidence
No need to abort

Watching in a trance, the crew is certain
Nothing left to chance, all is working
Trying to relax, up in the capsule
“Send me up a drink”, jokes Major Tom
The count goes on

Second stage is cut, we’re now in orbit
Stabilizers up, running perfect
Starting to collect, requested data
What will it effect, when all is done
Thinks Major Tom

Back at ground control, there is a problem
Go to rockets full, not responding
Hello Major Tom, are you receiving
Turn the thrusters on, we’re standing by
There’s no reply

Across the stratosphere
A final message, “Give my wife my love”
Then nothing more

Far beneath the ship, the world is mourning
They don’t realize, he’s alive
No one understands but Major Tom sees
Now the light commands, this is my home
I’m coming home

(Hallo) Spaceboy, you’re sleepy now
Your silhouette is so stationary
You’re released but your custody calls
And I want to be free

Don’t you want to be free?
Do you like girls or boys?
It’s confusing these days
But Moondust will cover you
(Cover you)

And the chaos is calling me

Moondust will cover you!