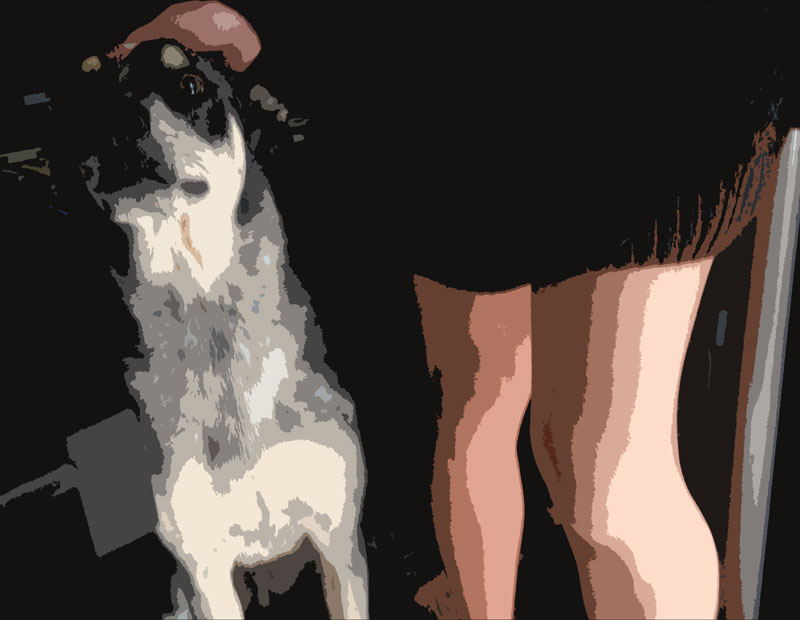 Petsplainers know your pets better than you do

Much has been written about Mansplaining, the tendency of some boorish men to explain to women things the latter already know — and thank God Internet scrutiny has eradicated that issue — and, of course, Godsplaining, in which certain religious types offer divine solutions to everyday problems, like praying that St. Cecilia will tell Jesus to freeze your warts off, then demanding you have a blessed day. But the blowhards who most often darken my path are the Petsplainers.

Petsplainers are a First World Problem. If I didn’t have a dog to walk around the neighborhood, I would never see one. But as much as my having a dog has been an icebreaker among the skittish and aged residents of my block, who previously interpreted my Midwestern joie de vivre with suspicion (probably because I’m not Midwestern), the Petsplainers came out as surely as Boo Radley when I brought home a puppy.

(Of course, it was having children that made most of my neighbors first sheepishly say Good Morning back, but even the most furtive and hellbound of them softened when the dog joined us on our walks.)

A Petsplainer first insists that “he (your dog) must smell my dogs.” She will not ask if she can pet your dog or offer her hand for the dog to sniff, but will instead grab your dog with familiarity, counter to any sensitivity training one is taught at college orientations. “Oh! You must smell my dogs,” she’ll say as your dog inhales months of powdered feces from her sweatpants, some of which probably came from dogs (but surely not all of it).

Then she will give your dog a command that he won’t understand, like “Out!” and judge you when your dog doesn’t obey. “You haven’t been trained!” she’ll say to the dog but really to you, grabbing his poor head.

I only got points for getting my dog at a shelter, which means that I am a Hero for Rescuing him.

When you move to get away from the Petsplainer, she will comment on your leash embouchure, tell you about hip dysplasia, or insist to know what you’ve been feeding your dog.

The other day I was accosted by a Petsplainer who asked me if I knew what breed my dog was.

“The pound says he’s an Australian Shepherd,” I said, “but I don’t know who his father is.”

She looked angry. “You’ll have to look that up,” she said, as if I was trying to get away with being lazy.

It wasn’t lost on me that I was being quizzed on my dog and found wanting.

I said I would Google Catahoula, adding “Have a blessed day.”

That night I easily found the Catahoula Leopard Cur online. I admit that it would be cool to have something called a Catahoula Leopard Cur in my life. Still, Gordon is fine by me no matter what breed he is, and I can’t shake the feeling that Petsplainers, whom I never see with children (unless they’re midwives) and who always seem vaguely hostile, might not really like animals at all, despite having houses full of Rescues.

The next time someone tells you your dog “must smell my dogs,” just say “No, he just really likes urine.” 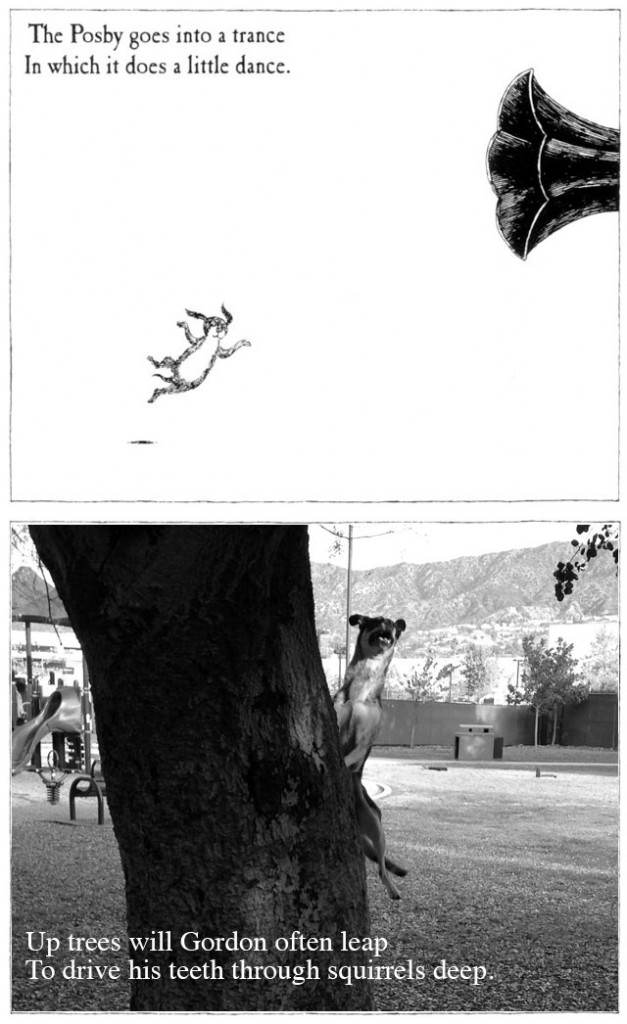 I’ve determined that Gordon is a Posby. The following is an image from the late, great Edward Gorey’s “The Utter Zoo

” atop a photo of Gordon at the park. I’m telling people that my dog is a Posby from now on and that if they don’t know what a Posby is they’re probably Omega-3-deficient.

1 thought on “Petsplaining: Smell My Dog”