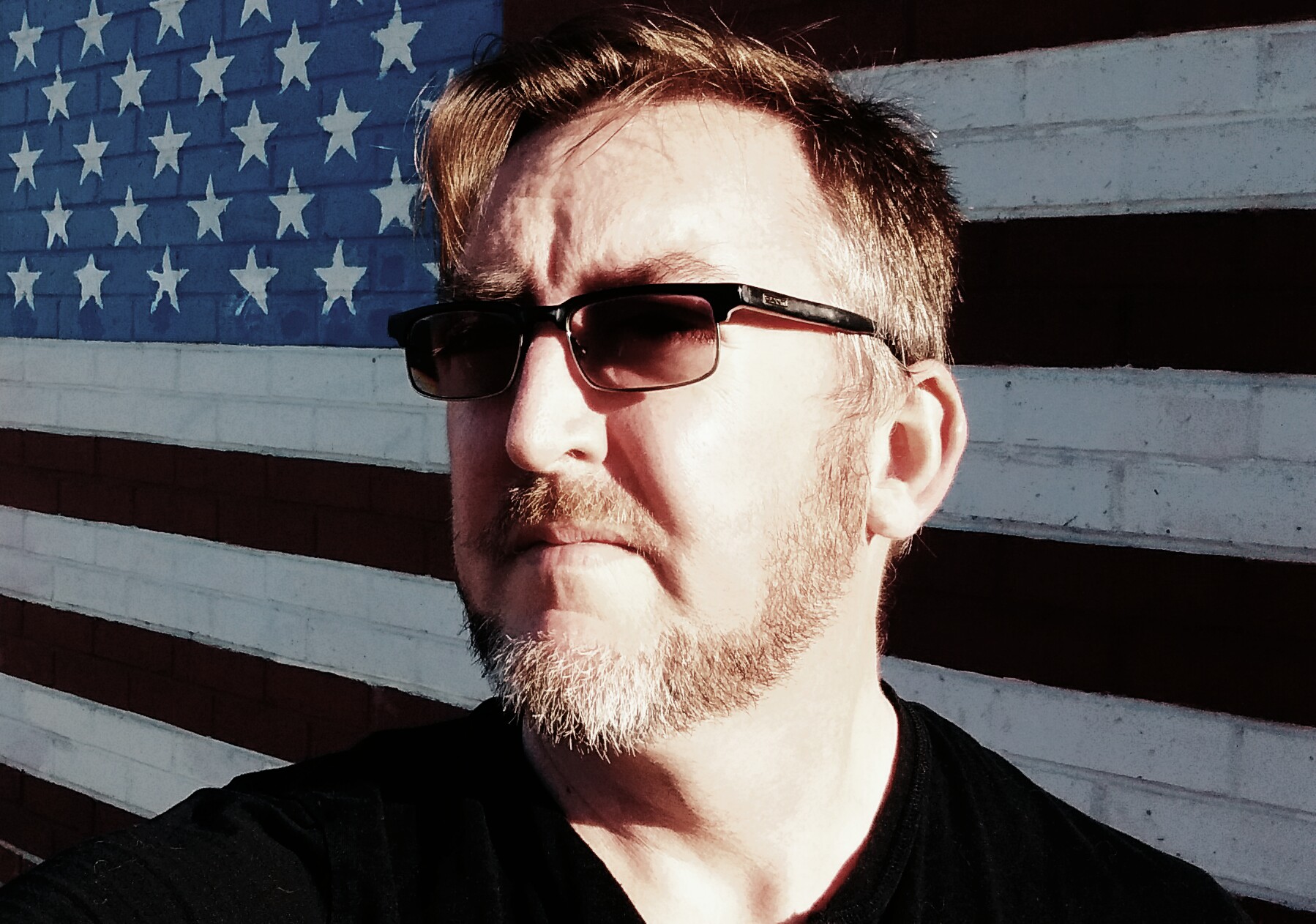 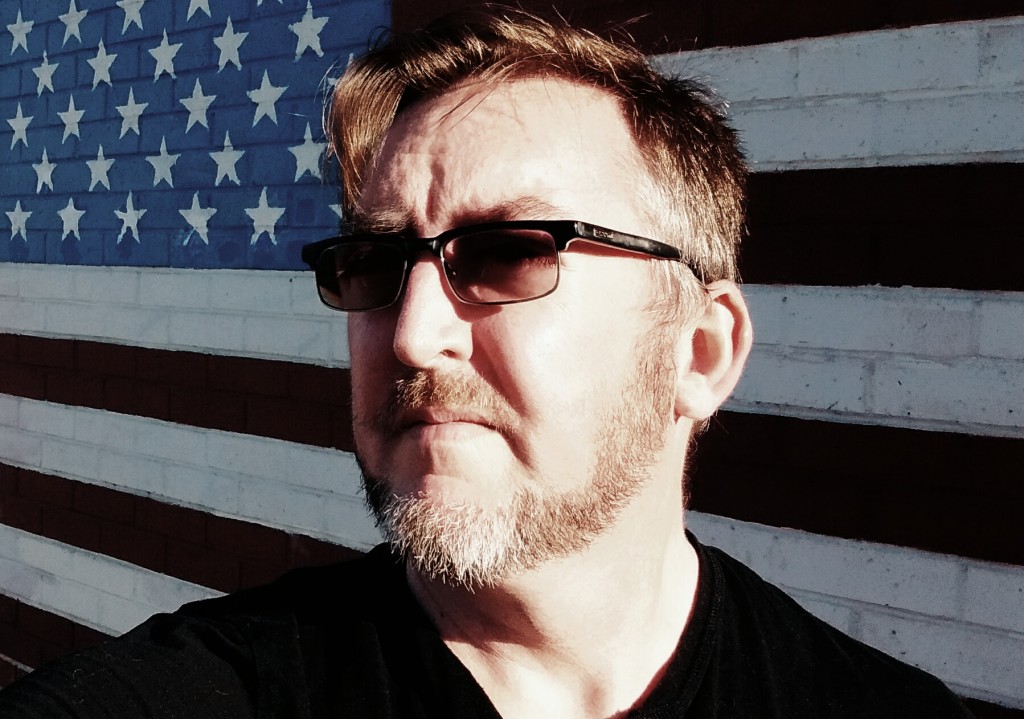 Doubtless the superannuated raisin you see before you fills you with a sense of wonder and a grave respect for both the lost majesty and, yes, the abominations of the ancient world. But you may also wonder if you, too, can achieve such an age and, to do so, what compromises must you make, what obstacles must you overcome, and what tomes must you study to unlock this terrifying state of grace and elegance I embody every goddamn day. 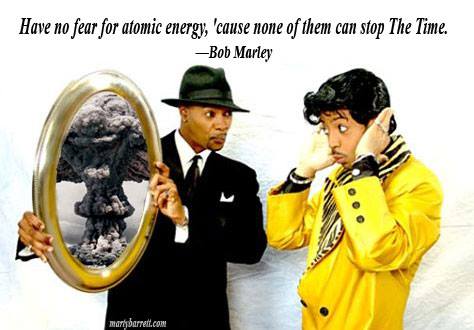 Luckily for you, I have compiled ten tips that, should you follow them while maintaining a good diet and fitness regimen, and also having more than five million dollars, will set you up to reach this last prime number before 53.

I. Don’t Let Fish Gobble the Dead Flesh from Your Feet 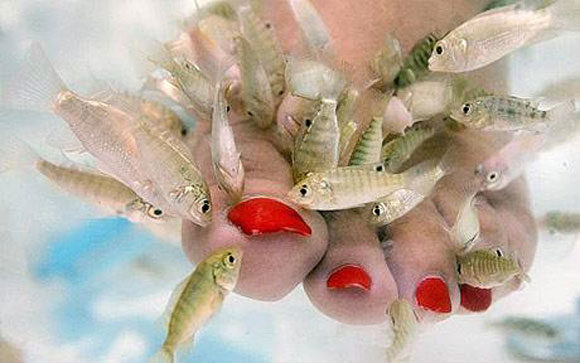 While it is true that a sense of one’s own mortality is a healthy counterbalance to engaging in risky behavior, one mustn’t wag one’s toe at Death by offering it a little sampler platter before the main course that is the Doom That Awaits Us All. The Reaper is not a child placated with apple slices on the long drive to Bogue Chitto. As it was revealed to the martyr/Folkways recording artist Polyp in 964, Fate hates tapas.

II. Use Discourse Markers Sparingly, Right, So People Don’t Want To Strangle You 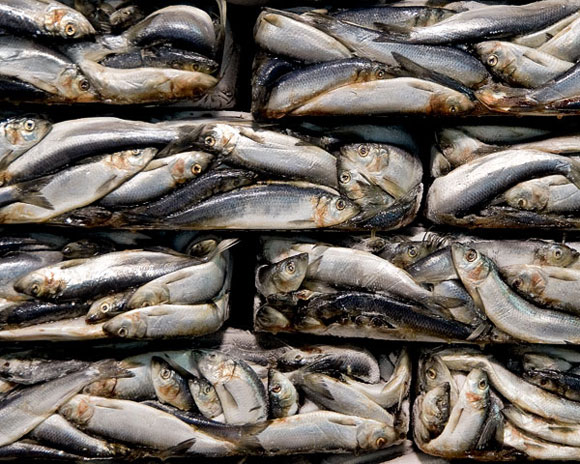 A good dramatist knows the efficacy of occasionally starting a scene in the middle; the audience catches up and feels engaged and energized. But discourse markers like “Well,” “Anyway,” “So,” and “Well, so, anyway” unhealthily induce this effect in conversations when used inappropriately.

AGENT ROBERTS
So anyway, I’m arresting you for treason.

JIM
Who are you?

Discourse markers suggest that a listener is already engaged in the conversation. But if a speaker opens with a discourse marker or throws one into the middle of a sentence to assume agreement, right, then the speaker is just kind of a jerk.

JIM
I work in a sardine cannery.

It’s different when you are explicitly asking for agreement:

AGENT ROBERTS
It’s awesome the way they use koi to gobble the dead flesh from their feet, though, right?

Adding “right” right in the middle of a sentence indicates a nonconsensual agreement in the way that one day in 2014 everyone woke up with U2’s “Songs of Innocence” on their iPods. It was rape. Here is the way discourse markers should be used in a healthy, loving relationship.

JIM
Why Yes! How can I help you, Agent Roberts?

AGENT ROBERTS
Well, you work in a sardine cannery, right?

JIM
I do. I’m in charge of draping.

JIM
So it’s an artisanal cannery and we drape each sardine individually, back to front, symmetrically, like the way you see shoes in a box.

AGENT ROBERTS
I’m wondering if you also drape state secrets, back to front, symmetrically, in those sardine cans before you, like, glue that roll-up metal twist-key thing on the top and send it to China, or?

AGENT ROBERTS
Ohhh, so I’m going to have to arrest you.

I have found that the people with whom I can have honest discussions, assuming nothing and listening always, are the best people. 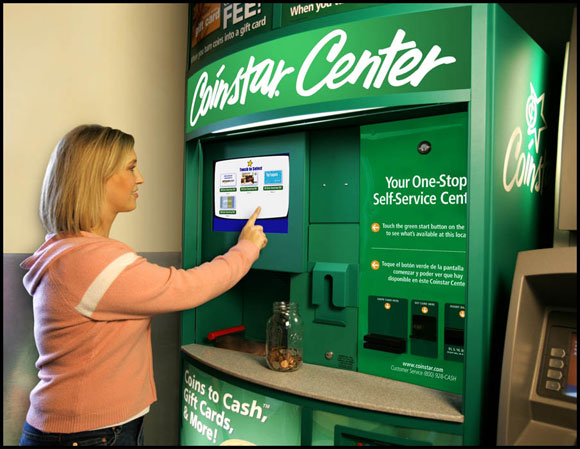 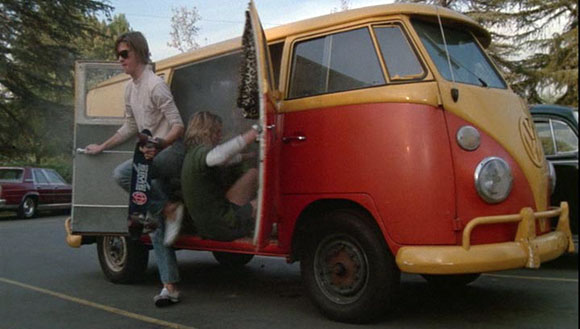 When I was a child, I spoke as a child, I understood as a child, I thought as a child. I believed Pluto was a planet, that there were only four oceans, I recognized Rhodesia and a united Sudan, and felt uneasy when walking past a room, house, alley, or car redolent of marijuana smoke. Now I know that Pluto was a false promise and that a 4-ocean solution is untenable. Further, due to recent legislation in many states, I needn’t be concerned, as my parents were, that Vietnam vets are going to emerge from sticky clouds and get their skynyrd all over my children. Snoop Dogg has become Snoop Lion, and that smell isn’t the reek of kids using rulers to carve the Van Halen logo into the locker room wall, but medicine.

MY CHILDREN
What’s that smell coming from that van? 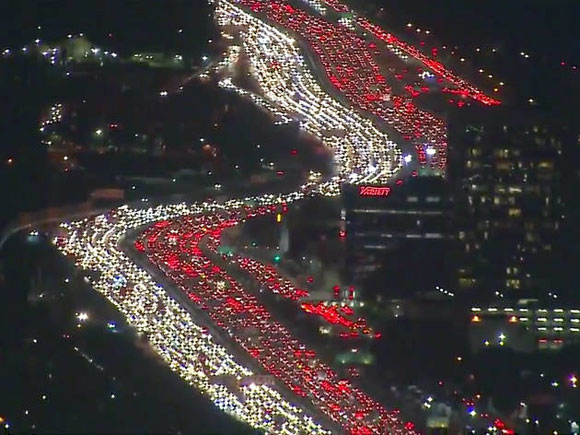 We live in a world where we no longer have to unfriend—we can just unfollow! Where we can give each other the leeway to make spelling or typographical errors in texts or shopping lists, but draw the line at tweets (come on, allowing a spelling error in a 140-character post is like spilling your drink on the way from the couch to the coffee table, you amateur), facebook updates, and wedding vows. Where we can say, “Is this a momentary lapse or a pattern of neglect?” “Is this the 170 at certain times of day or is it the 405 all the time?” “Are you in a 12-step program because you are legitimately trying to get better or because you get to do your best eight minutes every night for a captive audience of your peers, no one holds you accountable for anything, and you get a permanent Get Out of Jail Free card that allows you to self-forgive all manner of crimes under the umbrella of being a Work in Progress?”

I have occasionally been guilty of mistaking weather for climate. I realize this practice was a conditioned behavior born from a kind of trauma. It is now easier to let things go, to laugh them off, and to roll with it. But I still fight the urge to de-matriculate and homeschool my children when their hardworking teachers write assignments with spelling errors in them. 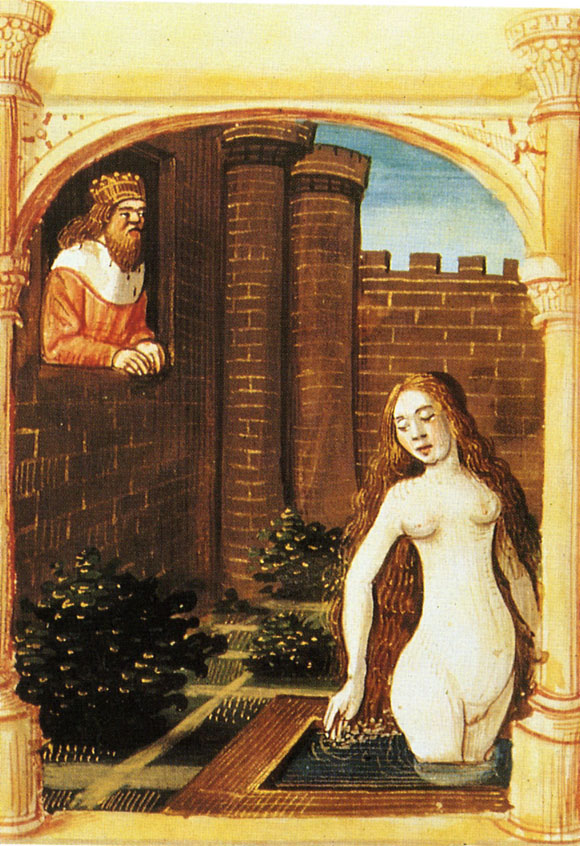 Moving forward and having a positive attitude are noble goals, but whitewashing or forgetting one’s past is dangerous. I do not regret being a seasoned pan, a tempered pot, or Edward James Olmos’s face. That is why I never shy away from or dismiss the occasional pang of regret, like when, following the recent death of Leonard Cohen, I felt sad that we never had this exchange:

LEONARD COHEN
Remember when I moved in you, and the Holy Dove was moving, too?

ME
No I fucking DON’T. You put BIRDS in people? The fuck? 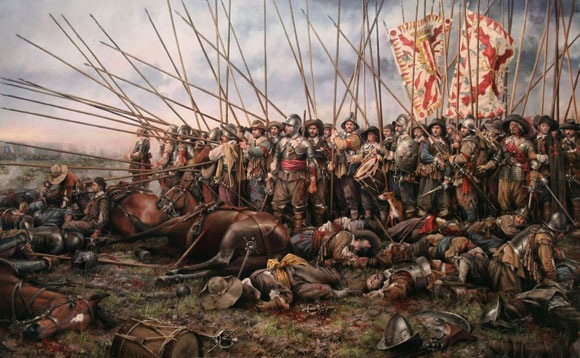 “Decimate” means to reduce by a tenth, not destroy. Now listen: I know that “December” was originally the tenth month but now we accept it as the twelfth, but I don’t have a time machine and I can’t fight all these battles for you. Please don’t say that Trump’s election, for example, decimated your faith in humanity unless ten percent of your available faith somehow disappeared. Since approximately 24 percent of eligible voters chose Trump and 26 chose Hillary, while 50 percent “elected” (ha ha) to stay home, your trust hasn’t been decimated. Rather, it has been reduced by a factor represented by a word that doesn’t exist, somewhere between 24 and 74 percent. Also: between 24 and 74 percent of people use the word “MILF” incorrectly.

VIII. Don’t Be That Guy 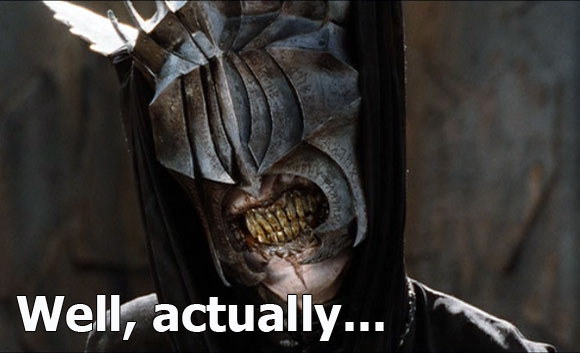 Seriously. Try not to be That Guy. We can take some solace in the fact that “guy” might soon become a gender-neutral term, so we can call all manner of people “a good guy,” but just don’t be That Guy.

NB: It’s still OK to be That Girl. 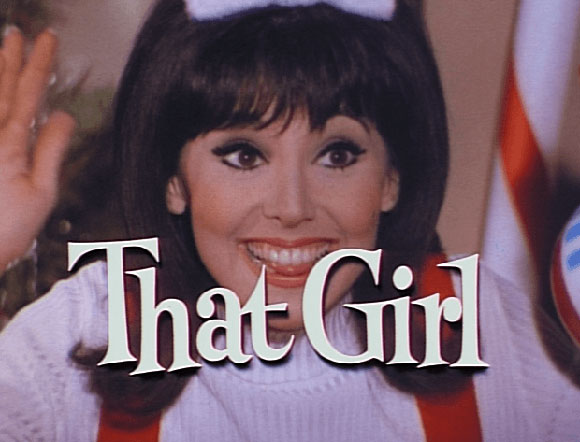 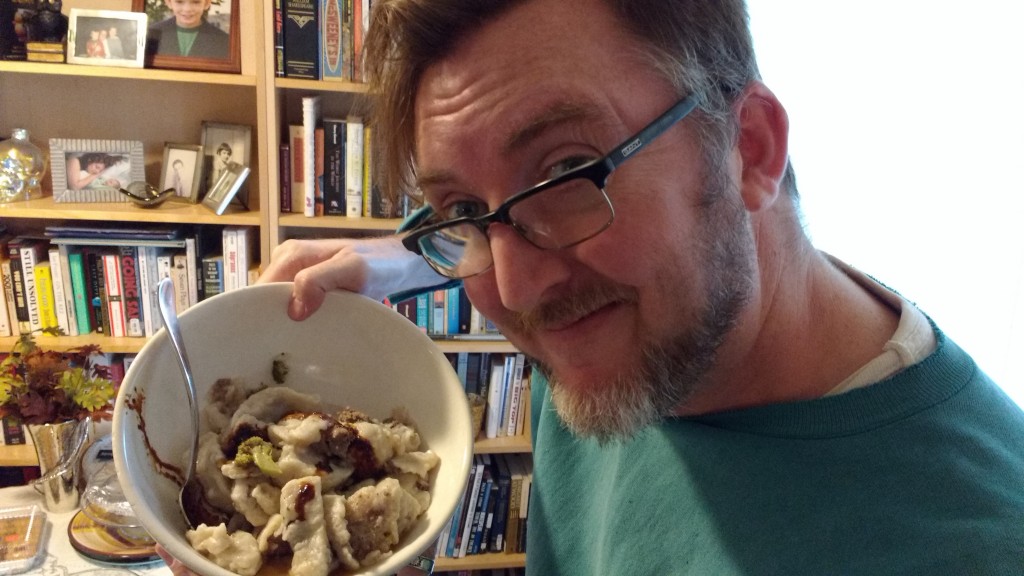 Students in my ESL class keep bringing in expertly-crafted homemade food, and inspired me to learn to make dumplings. My first attempt resembled a bowlful of thalidomide micropreemies. I’ll get better.

I don’t know why my dog howls at emergency vehicles and why he sounds so mournful, but I love him. Sometimes Not Knowing something is OK, too.