So You Know: Haters Are Restricting Your Good Time 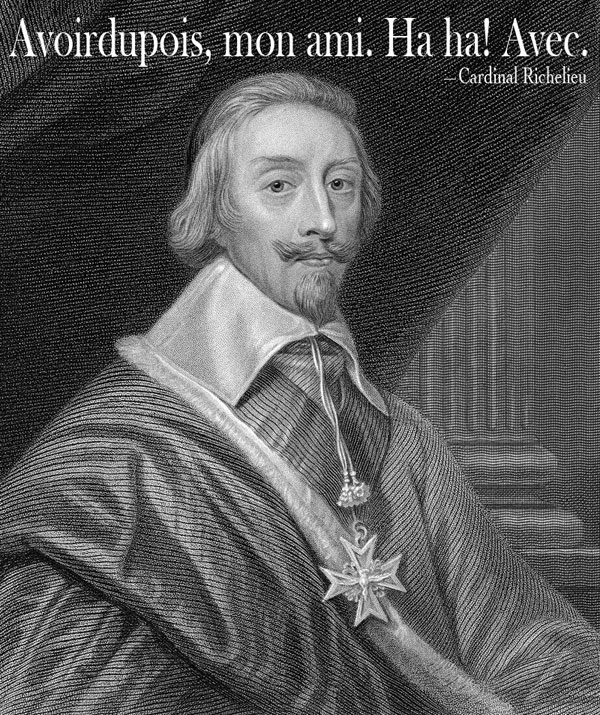 One of the biggest hoaxes around is that the French language exists, and that there are places in the world in which people of all hues and backgrounds speak it.

We eat croissants—sometimes from Burger King—drive Le Cars, and listen to Daft Punk, but has anyone ever actually seen French written down, or heard it spoken? As the French would say, “Non.”

I traveled to Montreal, the Francophone capital of North America, to dig the fashion and separatists there. Time and again I would accost the locals and ask them, in English, if they had ever heard of French. They would assure me that they had not. Then I would try in Latin, Spanish, Italian, Japanese, and even French. Only when I spoke French did they say something along the lines of “I don’t understand you.”

“Je ne vous comprends pas,” they would say, punching up Google Translate on their moiPhones.

Ditteaux New Orleans, said to have a strong “French” tradition.

“You’re actually speaking Portuguese, aren’t you?” I demanded of a street musician, munching beignets by the Vieux Carré.

“Yes,” he said. He was ashamed of the lie, and admitted that everyone in the city and surrounding area—every street urchin, chef, voodoo priest, and zydeco band—had willingly bought into the deception so no one would confuse Louisiana with Mississippi.

I had no reason to go to Paris, as planes bound for there just land in Munich.

The world can be a cold place, and people need diversions. This is why Capri Pants and Radiohead were invented. I neither smoke nor knit, but have no problem when people do either of those things near me, just as long as no one blows needles into my mouth. I similarly don’t mind that there are some people who believe in Santa Claus, as I myself did until I was 32. So let it be with French. As Thomas Jefferson said to General Lafayette, “France may not exist, but I will fight to the death for your right to say it does.”