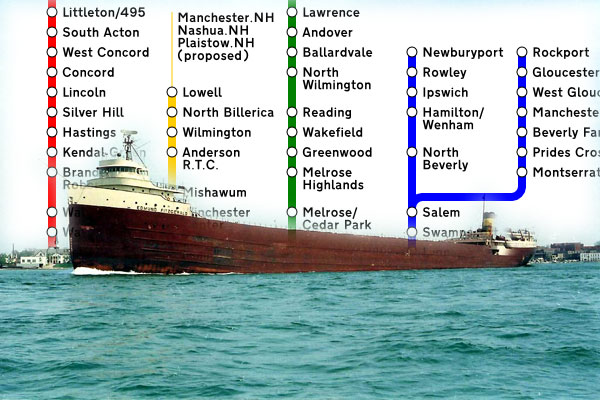 I am of a generation of men who spent their childhoods thinking Gordon Lightfoot’s “Wreck of the Edmund Fitzgerald” was the most badass song ever (the ladies in-waiting included C.W. McCall’s “Convoy,” “The Devil Went Down to Georgia” by the Charlie Daniels Band and, of course, Black Sabbath’s “Iron Man”). It was only later that I learned the S.S. Edmund Fitzgerald was not an ancient ship, as the 1976 song’s tone suggested, but one that had just sunk the year before, on November 10, 1975.

The Fitzgerald sinking drowned all 29 crew members but resulted in more stringent safety regulations both on the Great Lakes as well as throughout American shipping. It also made young boys everywhere aware that the Chippewa word for Lake Superior was Ke-che-gumme.

Lines like “T’was the Witch of November Come Stealin'” just sounded out of place in a year that Billboard’s Top 10 included “Play That Funky Music White Boy” and “Disco Lady” (although there were a few throwbacks in 1976, including “Bohemian Rhapsody,” “A Fifth of Beethoven,” “December ’63 (Oh What Night),” and “Love Hurts“).

My band Fogelfoot (currently on hiatus while California dries out) performed a tribute to the Edmund Fitzgerald with the Massachusetts Bay Transportation Authority as a backdrop. Assume the Mishawum Position:

(I called it “The Wreck of the Uncle Tina” because my friend Sherman — currently on hiatus while he’s drying out — used to call one of the old Martha’s Vineyard ferries, the Uncatena, by that name.)

Today, 40 years after the Edmund Fitzgerald went under, I can think of few more potent history lessons than Gordon Lightfoot’s song.

3 thoughts on “When the Edmund Fitzgerald Weighed Empty”